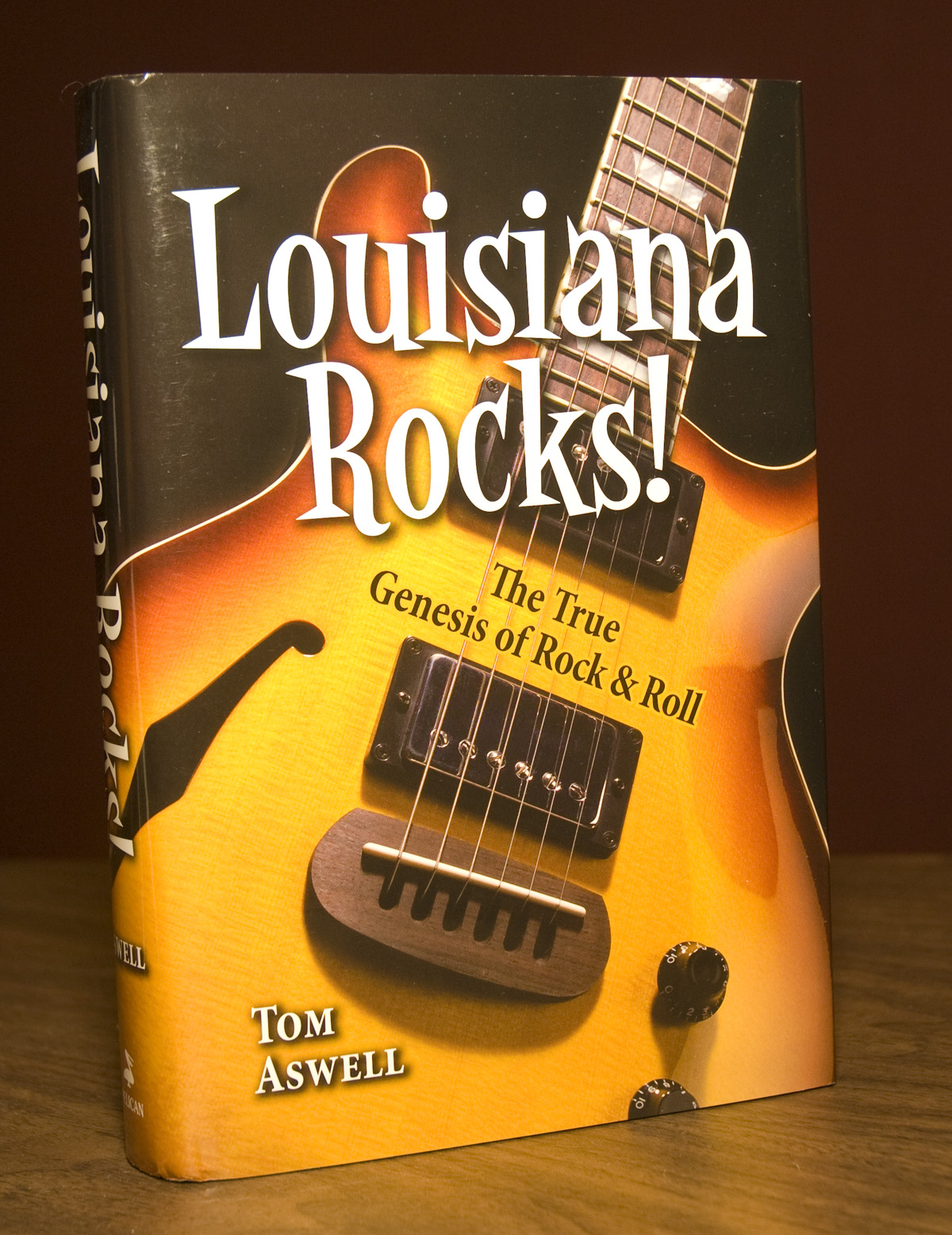 Louisiana Tech alumnus Tom Aswell author of “Louisiana Rocks! The True Genesis of Rock & Roll,” donated two copies of his book to the Prescott Memorial Library, Thursday, March 25.
Aswell, who graduated from Tech with a journalism degree in 1970, said his book is about what he considers as Louisiana’s legacy: music.
“Precious little has been written about our music,” he said. “This book includes: R&B, Rockabilly, Soul, Swamp Pop, Blues, zydeco and Cajun”
Aswell said he illustrated how theses genres have come together and influenced each other throughout the years.
“I tried to show how these genres not only borrowed, but stole, from each other and how they influenced each other, producing a music indigenous only to Louisiana,” he said.
Aswell said inspiration from his book came from a video he wanted to do of Rock & Roll in Louisiana with singer John Fred Gourrier.
“I called John Fred and he thought it was a great idea,” he said. “Unfortunately, in 1981, investment money was non-existent, so the video couldn’t be funded.  He told me, ‘You’re a writer, why don’t you write a book?’”
Aswell said he blew off the thought of writing a book until Gourrier’s death on April 15, 2005.
“I started working on the book the very next day; my first interview was Joe Stampley,” he said.
Aswell said the one thing he wants readers to gain from his book is a better grasp and gratitude of the music genres he is covering.
“I want readers to gain an understanding and appreciation of the deep and rich musical heritage that has not been exploited properly,” he said. “[This book] is to give maximum exposure to the hundreds of wonderful musicians this state has given the world.”
–Written by Tina Marie Alvarenga