Sixteen students vied for the crown, but only one could be crowned Miss Louisiana Tech 2011.
Elizabeth Whitford, a junior psychology major from Lafayette, received the title, as well tuition and room and board for three quarters and a $2,000 wardrobe allowance. She will compete in the Miss Louisiana pageant in June. 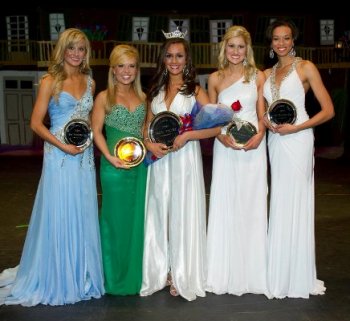