Sibille to speak at winter graduation 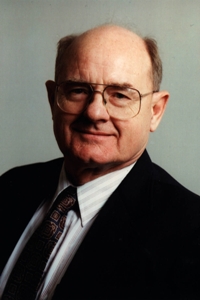 Louisiana Tech will hold winter commencement ceremonies at 2 p.m. Saturday, Feb. 26 in the Thomas Assembly Center.
Winfred Sibille, chairman of the Board of Supervisors for the University of Louisiana System, will serve as guest speaker for the event.
Sibille, who served in the U.S. Calvary Division in World War II, was a legislative consultant and lobbyist for the Louisiana School Boards Association. He received the State Educator of the Year in 1986 from the Louisiana Association of School Executives and served as a member on the Board of Trustees for the Louisiana Teachers Retirement System and on the Board of Directors for the Intercoastal Land Corporation, representing the Teacher Retirement System.
He received his bachelor’s degree from the University of Southwestern Louisiana, now the University of Louisiana-Lafayette, and his master’s in education from Louisiana State University. He also has his Plus 30 hours from LSU, Nicholls State University and ULL.
Commencement will end winter quarter. Classes for spring quarter will begin Wednesday, March 2.