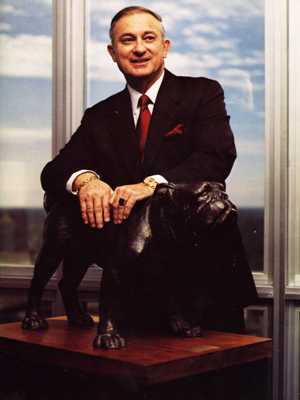 The Louisiana Tech Family mourns the death on Sunday, May 15, of President Emeritus F. Jay Taylor; he was 87.

He served the University as President from 1962-87 and was considered a transformational president.
During his tenure, the Wyly Tower, Aillet Stadium, Thomas Assembly Center, J.C. Love Field, and the high rise dormitories were built and the famed Lady Techster Basketball Program was established.
Current President Dan Reneau, Taylor’s successor who served as his Vice President for Academic Affairs, said:  “Dr. Taylor was a great leader and a great president.  I was privileged to serve seven years under him as vice president.  A senior statesman and point guard in the Tech family has fallen, and we will miss him greatly.”
—
Services for Dr. Taylor are scheduled for Wednesday, May 18, at 10:00 a.m. at Ruston’s First Baptist Church.
—