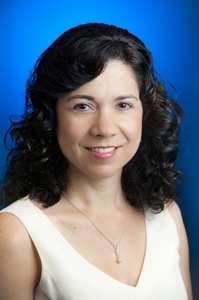 “I am an innovator and collaborator by nature,” said Weslander Quaid during the roundtable session.  “I wanted to be a part of an organization that values these characteristics and empowers people to do what they do best.  Google sees its people as its most important asset, engaging them and empowering them to make decisions that benefit the users and ultimately the company.”
Weslander Quaid told the Louisiana Tech students and faculty in attendance that one of Google’s greatest strengths is that it aligns talent and the development of its personnel with the company’s business strategies.  She said Google’s leadership also communicates regularly and directly with the company’s staff to solicit input and ideas for developing new innovations.
“Communications from our leadership to the employees is not a one-way conversation.  Our CEO Larry Page seeks out opportunities to discuss and dialogue with employees on topics that they feel are important.  He wants to hear about their ideas on how to better serve our users no matter where the employee may fall within the company’s hierarchy.
There is a continuous focus on the needs of the user, and how to enhance the user’s experience.  It’s important to Google that we find ways to empower the user and to provide them with information wherever and whenever they want it.”
Google was founded by Larry Page and Sergey Brin while they were students at Stanford University and was officially launched in September 1998 from a friend’s garage.  Today, Google has approximately 25,000 employees working in domestic and international offices, and is considered one of the most influential and innovative Internet companies in the world.
Weslander Quaid joined Google in April 2011 after nearly 20 years in the national security community where she was recognized and highly sought-after as a leader of change and innovation.  Her work within the national security community included over a decade in industry as an image scientist and chief engineer supporting government programs, before being asked to join the U.S. government working in various transformational roles to include chief technology officer and other senior executive positions.
“Michele’s senior leadership experience in highly complex organizations and her ability to advance innovative organizational cultures makes her an ideal person to be CTO of Google,” said Dr. Les Guice, vice president for research and development at Louisiana Tech.  “Her discussions with our faculty and students were inspiring.”
Weslander Quaid earned a bachelor’s degree with honors in physics and engineering science from Seattle Pacific University, and a master’s in optics from the University of Rochester.  She is also a graduate of Harvard University’s Kennedy School of Government program for Senior Managers in Government and is a Chairman of the Joint Chiefs of Staff CAPSTONE Fellow.
In 2001, Weslander Quaid was awarded the National Intelligence Meritorious Unit Citation for her collaborative efforts on a multi-agency and military team.  In 2005, she earned the National Geospatial-Intelligence Agency Meritorious Civilian Service Medal.  She also serves on the Board of Directors of the GeoEye Foundation.