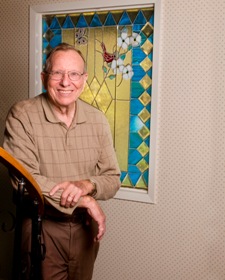 Louisiana Tech will dedicate the Virgil Orr Bookstore Atrium on Saturday, October 29 at 11:00 a.m. and the Garland Gregory Hideaway Park on Friday, October 28 at 3:00 p.m., in recognition of the contributions these alums and leaders have made to the University.
Both dedication ceremonies are free and the public is invited to attend.
“The contributions that Virgil and Garland have made to the growth of Louisiana Tech and leadership that they have provided through the years have helped forge the foundation for our great University,” said Louisiana Tech University President Dan Reneau.  “These men are most deserving of this recognition and will forever hold a special place in the hearts of our students, faculty, staff and alums.”
Orr came to Louisiana Tech, then known as “Louisiana Polytechnic Institute,” in 1940 and graduated in 1944 with a bachelor’s degree in chemical engineering.  He returned to his alma mater in 1952 to take a position as an associate professor of chemical engineering and later assumed the role of Dean of the College (chief academic officer) in 1955 and served in that capacity until 1970.  In 1971, his title was officially changed to vice president for academic affairs.
Following his retirement in 1980, Orr remained active in the leadership and advocacy of Louisiana Tech, serving as a member of the University Foundation and Engineering Foundation.  As part of Louisiana Tech’s Centennial Celebration in 1995, Orr was named as one of the university’s Top 100 alumni and received a Distinguished Alumni Award.
In 1996, Orr was named the university’s Alumnus of the Year by the Louisiana Tech Alumni Association and was awarded the coveted Tower Medallion. 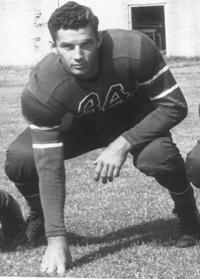 Orr also served in the Louisiana House of Representatives from 1988 to 1992 during which time he was a member of the Ways and Means Committee, Education Committee, Retirement Committee, Agriculture Committee, and was Chair of the House Legislative services Council.  He has also been a persistent advocate for higher education in Louisiana, serving as the assistant director for the Louisiana Coordinating Council for Higher Education, director of the State Board of Education, and a consultant to the Board of Regents.
Gregory had a vision in the early 1970s to carve out an on-campus park for Louisiana Tech students and faculty from a wooded tract of land just north of Joe Aillet Stadium.  A firm believer in project-based learning, Gregory, affectionately known as “Coach Gregory,” challenged his recreation students to help him build a series of trails through the trees, picnic areas, and secluded sections for reflection and meditation.
What resulted was the creation of Hideaway Park, which soon became a popular place for its jogging trails, quiet seclusion, and a challenging Frisbee golf course – recognized today as one of the best in the state.
Gregory came to Louisiana Tech in 1938 and left four years later as one of the finest football players in Tech’s history. He was Louisiana Tech’s first AP first-team All-American in 1941 and became Tech’s first NFL player, signing a professional contract with the San Francisco 49ers and being named an All-Pro in both his seasons with the team. Gregory returned to Louisiana Tech in 1966, joining the health and physical education department faculty.