Newsweek, The Daily Beast rank Louisiana Tech in Top 25 of most affordable colleges

Louisiana Tech University has been ranked among the 25 most affordable colleges in the nation, for both in-state and out-of-state students, according to Newsweek and The Daily Beast’s 2012 Colleges Rankings report released Monday.
Louisiana Tech was ranked 13th in affordability for in-state students and 25th for out-of-state students.  Tech was one of only two institutions in the country ranked in this year’s Top 25 in both the in-state and out-of-state categories.  Tech was also one of only two universities in the state of Louisiana to make the Top 25 most affordable list – the University of New Orleans being the other at #17 in the in-state category. 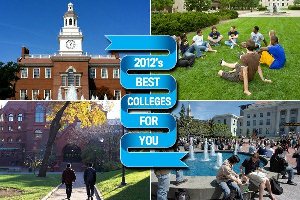 “Given the enormous challenges we have faced over the past several years in keeping tuition and student costs affordable and competitive, we are very proud of the recognition offered by these rankings, “said Louisiana Tech University President Dan Reneau.  “Louisiana Tech has worked hard to avoid putting an undue financial burden on the backs of our students.  These rankings show that we’ve been successful in addressing student financial concerns while exceeding student expectations.”
According to the report’s methodology, schools that landed on the most affordable list may not have the lowest sticker price, but when measured through a lens of the potential earnings with a degree from each institution as well as the average debt level of graduates, these are the schools where students are most able to shoulder the cost of their degree.
“In today’s higher education climate, affordability and value have become the most critical decision point for nearly every student,” Reneau said.  “Students who attend Louisiana Tech know they are going to receive a superior education and college experience, and a value that far exceeds the cost.”
Newsweek and The Daily Beast worked with data from several outside organizations and said they considered four factors in ranking the Top 25: debt, total cost, financial aid, and future earnings. Average debt per student and the percent of students that graduate with debt was weighted 25 percent. The total price, including tuition and living expenses was weighted 25 percent, as was the percentage of full-time students receiving financial aid and the average amount of financial aid. The last 25 percent was based on the starting median salary and mid-career salary from each university.
The Massachusetts Institute of Technology (MIT) topped the 2012 most affordable list followed by Princeton University, California Institute of Technology, Baylor University, and Harvard University.