Napper selected as Tech's next vice president for research, development

Dr. Stan Napper, Jack Thigpen Professor of Biomedical Engineering and dean of the College of Engineering and Science at Louisiana Tech, has been selected to serve as the university’s next vice president for research and development. 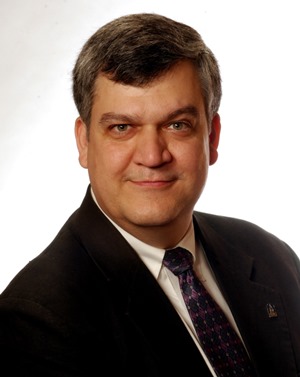 Pending approval from the University of Louisiana System’s Board of Supervisors, Napper will assume his new role as vice president on July 1, replacing Dr. Les Guice who will officially become Louisiana Tech’s 14th President on that same date.  Napper was selected from a national pool of candidates to lead Louisiana Tech’s research, innovation, and commercialization programs as well as creating and growing partnerships with private industry and government organizations.

“I am pleased and grateful to have the opportunity to advance the research and development missions of Louisiana Tech University in this new role,” said Napper.  “The value and quality of our service to the students of Louisiana Tech, and to the citizens of our state, will be enhanced as we continue to grow in research.”

During his nearly 30-year career at Louisiana Tech, Napper has held a variety of academic and leadership roles within College of Engineering and Science.  He began as an assistant professor of biomedical in 1984 and quickly distinguished himself as a strong academician and researcher.  He was promoted to associate professor and coordinator of instructional programs in 1988 and, soon after, chair of the biomedical engineering department.

“I have known Dr. Napper as a student, as a professor, and as an administrator,” said Louisiana Tech President Dan Reneau.  “He has done a marvelous job in each of those capacities and I’m sure he will do an equally good job as Louisiana Tech’s next vice president for research and development.”

During his tenure as dean, Napper has proven himself a visionary leader, playing an active role in establishing and advancing many of the College’s most innovative programs including Cyber Discovery, TechSTEP, and Living with the Lab.  He has also led the campaign to construct the new Integrated Engineering and Science Education Building – a three-story facility to be located in Enterprise Campus, adjacent to Bogard Hall, that will feature active learning labs, workshops and meeting rooms.

“Dr. Napper has demonstrated a deep passion for Louisiana Tech and has done an excellent job of building strong academic and research programs in engineering and science,” said Guice.  “He understands the importance of scholarship, research, and development as a central component of Louisiana Tech’s mission.  As Dean, he has actively supported interdisciplinary research and cross-college collaborations. I know that he will be a great champion for our faculty across the entire campus.”

In addition to his work within the university, Napper has also made significant contributions to strengthening Louisiana Tech’s position among business and civic organizations throughout the region and state.  He has represented Louisiana Tech in a number of capacities and is recognized as a highly-respected member of the university’s administration.

Guice says that Napper has been involved in developing several major initiatives with external partners, which have led to substantial support of Louisiana Tech’s research enterprise.  “Dr. Napper’s continued development of these types of partnerships will be key to the future of Louisiana Tech University,” said Guice.  “He has strong relationships with university, industry, and government leaders across the state and entire region.”