Alexandre Buck, an Air Force ROTC cadet and a freshman in the professional aviation program at Louisiana Tech University, is one of just three Air Force ROTC students in the United States to have been selected to participate in the University of Pittsburg’s Intensive Beginning Russian program this summer on a ROTC Project GO (Global Officer) scholarship.

Cadet Buck, who is the first Louisiana Tech student to be accepted into the program, will spend five weeks studying at the University of Pittsburg and then will travel half-way around the world to continue his studies as part of a five-week session at the University of Moscow.  A total of twelve students from around the country were selected for the beginning language program, representing Air Force, Army, and Navy/Marine Corps ROTC cadets. 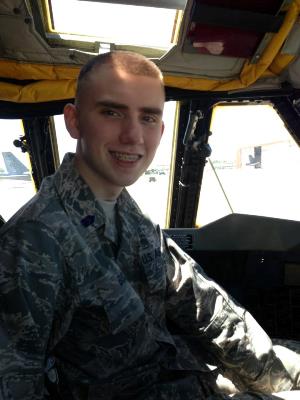 “I’m honored that I was selected for this program,” said Cadet Buck.  “It’s a tremendous opportunity to not only learn the Russian language, but to experience their unique culture, first hand.”

Student-cadets who consistently earn grades of “B” or higher, at each level of the University of Pittsburg Russian language program and who are Project GO scholarship recipients, will automatically advance to the next level of language study program without needing to reapply.  Those who are successful in reaching the advanced level of the program will be eligible to take the full eight-week, advanced-level course in Russia.

The three-course program is designed to be completed in 15 months, but represents three academic years’ worth of foreign language study.

“Being selected for this program open up a lot of doors for Cadet Buck in his future,” said Lt. Col. Brian Buck, commander of Air Force ROTC Detachment 305 at Louisiana Tech.  “The Air Force needs leaders who understand not just foreign languages, but their cultures as well.  Officers with this kind of critical language experience are sought out for defense attaché and foreign affairs positions.”

According to Lt. Col. Buck, there are 25 American universities administering Project GO scholarships in a variety of critical languages.  Only 11 of those schools offer Project GO scholarships for the study of Russian.  The University of Pittsburgh is the only of those schools that offers a consecutive three-course program, providing scholarship recipients the opportunity to take beginning, intermediate, and advanced-level Russian.

In addition to studying professional aviation, Cadet Buck plans to minor in aviation management, aerospace studies, and now possibly international studies.  Originally from San Antonio, Texas, he is also an Eagle Scout and recently won the Sons of the American Revolution Scholarship for being the top Eagle Scout in the state of Louisiana for 2012.