Business Insider, a news and information website that provides financial, tech, entertainment, media and digital industry analysis and commentary, has ranked Louisiana Tech University No. 11 in the nation in its “25 Most Underrated Colleges In America” list released this week. 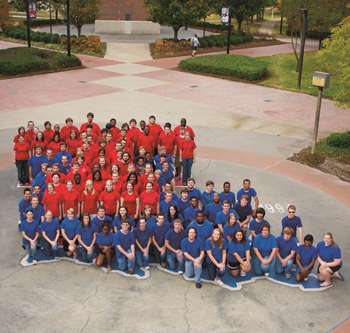 “The national recognition that Louisiana Tech continues to receive serves as a source of pride and motivation for our entire campus community,” said Louisiana Tech President Dan Reneau.  “It is also clear evidence that, despite the challenges we have and continue to face, we are unwavering in our commitment to producing the next generation of leaders for our state and our nation.”

According to their methodology, Business Insider used two specific variables to determine the most underrated schools – rankings from U.S. News & World Report’s 2013 Best Colleges list, combining their National Universities and Liberal Arts rankings, and PayScale.com’s College Salary Report.  After running a linear regression analysis, they were able to plot all of the schools on those lists on a chart with those falling below the regression line being deemed “underrated.”

Louisiana Tech has been ranked in Tier One of National Universities by U.S. News & World Report for the past two years, and No. 1 among Louisiana’s public and private universities in starting salaries for recent graduates in PayScale.com’s College Salary Report.  Tech also ranked No. 15 in PayScale.com’s Central South region for starting salaries for recent graduates.  The Central South region includes public and private institutions from Louisiana, Texas, Oklahoma, Arkansas, Mississippi, Alabama, Tennessee, and Kentucky.

This is the third time in the past month that Louisiana Tech has been recognized nationally for value and performance.  At the beginning of June, AdvisorOne released its list of the Top 25 universities in the nation who are providing graduates with the best returns on their investments (ROI.)  Louisiana Tech was the only university in the state to make that list with a ranking of No. 21.

A week later, Affordable Colleges Online ranked Tech No. 17 in the nation in their list of the “Low Cost Colleges with High Starting Salaries for Graduates.”  The rankings show Louisiana Tech students paying tuition costs of approximately $4,189 per year and graduating with an average starting salary of $45,900.