Calling all Tech majors and graduates!
Louisiana Tech’s Counseling and Career Services hosted its fall Career Day Fair Thursday in the Student Center, and students and employers found it to be profitable.
Ron Cathey, director of the Counseling and Career Services, said the numbers of employers and students who attended the fair were historic.
“We had 145 companies attend,” Cathey said. “Last year it was in the 130s, and historically, it has been in the 120s. We had 1,000 students pre-register, and we’re estimating the attendance was right over 1,000.”
Cathey said, despite many students’ preconceptions, the career fair was not geared just for engineering majors. 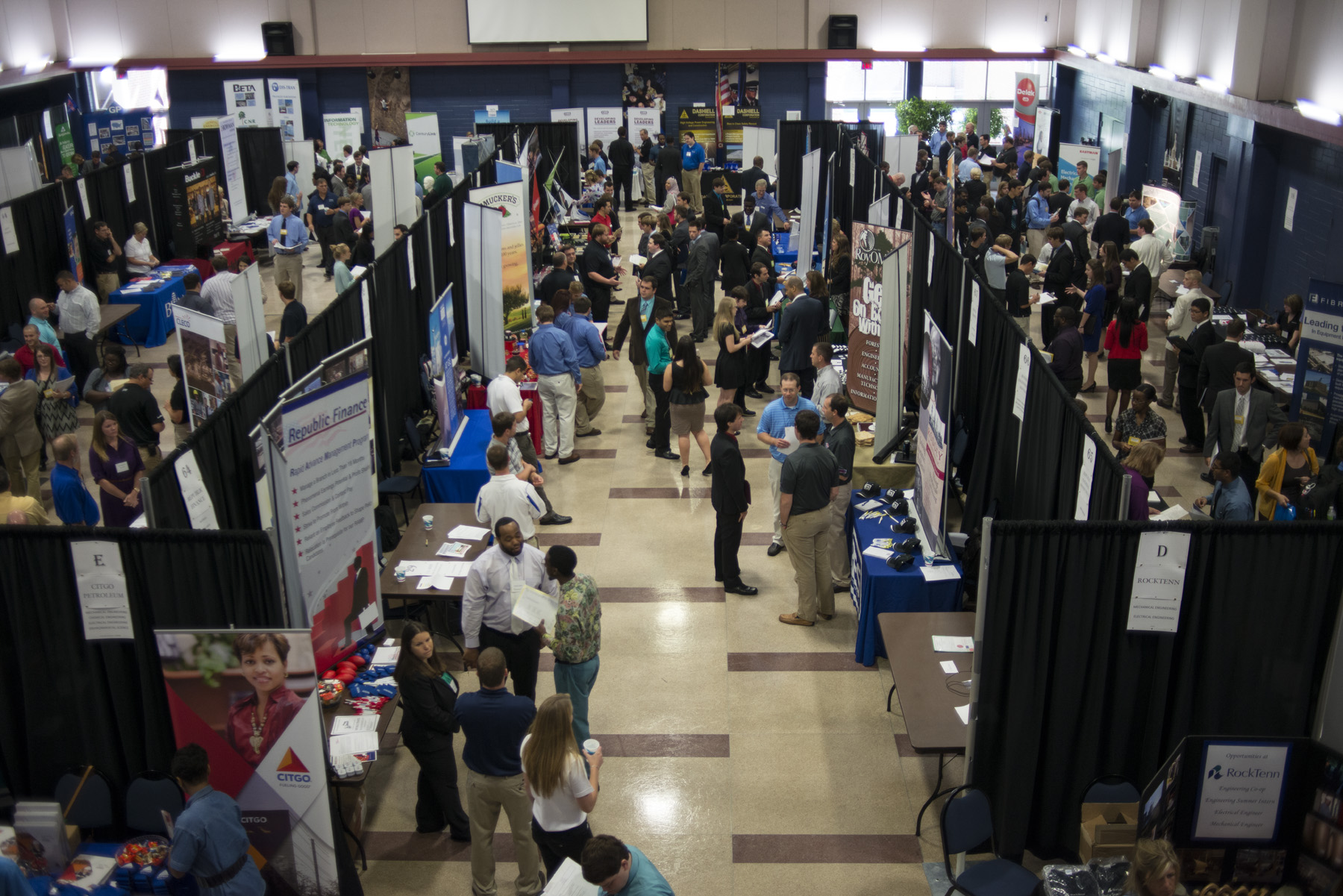 “We really want to get more students engaged in this process,” he said. “Almost 48 percent of the companies here were looking for non-engineering and science majors, and we had 11 graduate schools.”
Kristin Ginn, a drilling product services engineering manager for GE in Houston, is a 2006 alumna of Tech and was recruiting summer interns.
“I have a passion for Tech,” she said. “It’s always been a goal of mine to get GE to recruit here.”
Ginn said she had a stack of resumes from potential prospects from the career fair.
“The batch of interns we had last time did a good job,” she said. “One or two got full-time offers after the internship.” 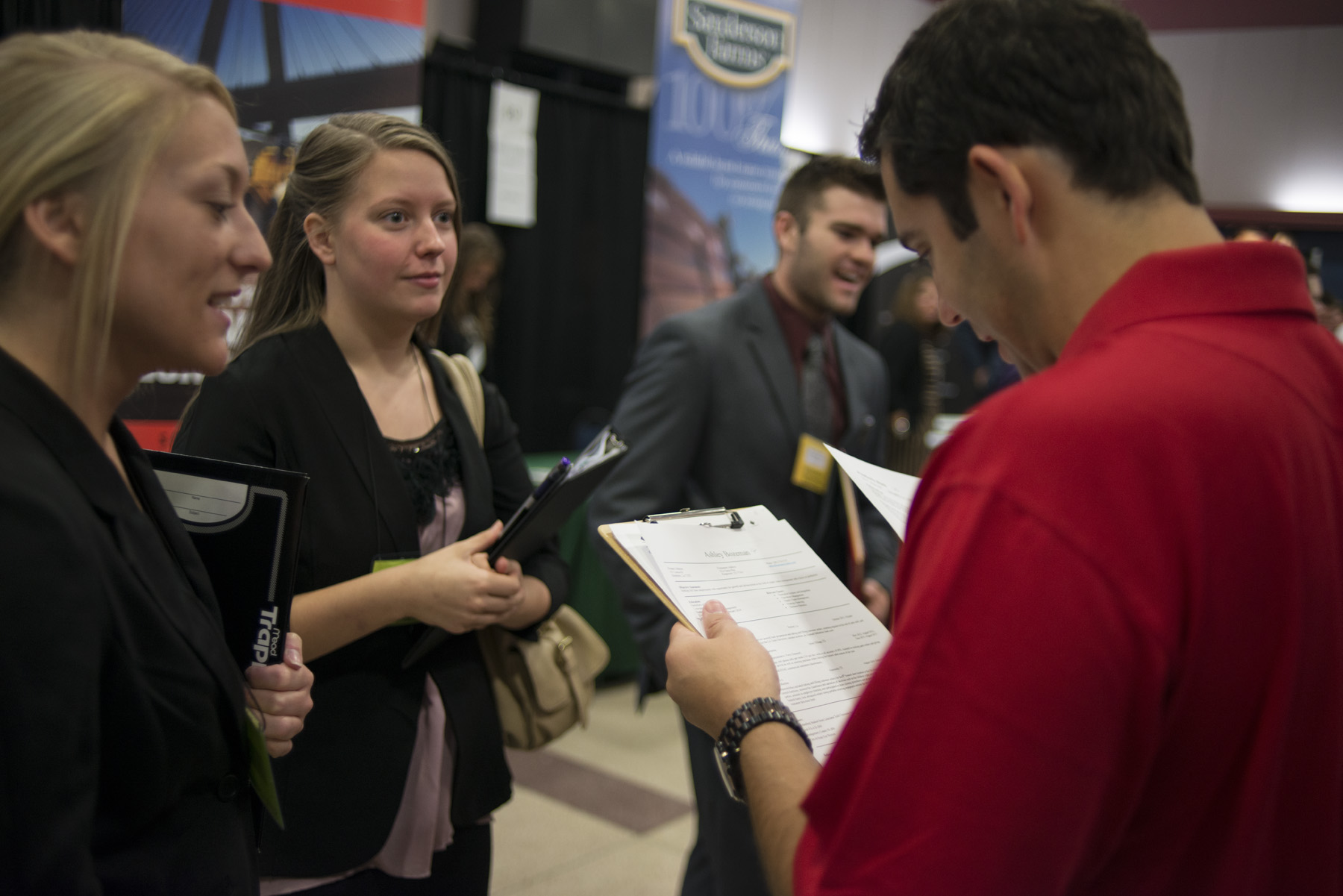 Kendel Schutzman, a senior business administration major, said even though he is planning to graduate in March and another career fair is scheduled for February, he wanted to attend this one.
“This is my first time to come,” Schutzman said. “I wanted to come to this one to get my name out there and get a feel for this.”
He said he felt the event had been productive for him and was a lot different from what he expected.
“It’s a lot faster pace,” he said. “I thought it’d be more of a sit-down fashion, but when they see your name tag (with our major on it), they’ll approach you instead of you approaching them.”
Cathey said students should already start preparing for the next career fair in February.
“Nine to 12 months out, students need to start looking for a job or graduate school,” he said. “We can help out.”