Governed by board members representing major economic groups and educational institutions throughout the state, as well as a number of gubernatorial appointees, the LIC was established by executive order of Governor Jindal in 2009 to shape an innovation-based vision for Louisiana and to coordinate activities for statewide economic and innovation growth. Guice follows Louisiana Economic Development Secretary Stephen Moret as chair of the 31-member Council.  Moret will remain on the LIC as vice chair. 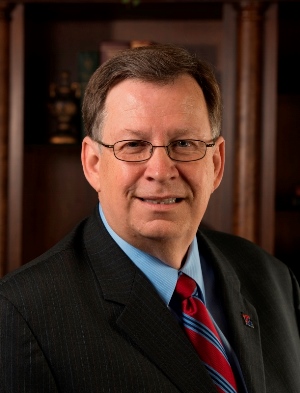 “I am honored to have this opportunity to serve the State of Louisiana in this position, particularly in working more closely with Secretary Moret and business, higher education, and government leaders to advance Louisiana’s innovation economy,” said Guice.  “There has been considerable growth of industry in Louisiana recently.  We have a great opportunity to link higher education more closely with business and industry to stimulate even greater growth through research, innovation, workforce development, and partnerships.”

Guice has served in a number of statewide leadership roles over the past several years including his election as the first chair of the Louisiana Optical Network Initiative (LONI) Management Council, serving as chair of the Louisiana EPSCoR Committee, and leading the development of a state-wide science and technology plan, called FIRST Louisiana.

“President Guice has been a leader in deepening the relationships among Louisiana’s colleges and universities, industry, economic development organizations, and entrepreneurs,” said Moret in a letter to LIC board members and designees.  “In addition to his leadership work with the Board of Regents’ Master Planning Research Advisory Committee, President Guice, as Louisiana Tech’s vice president of research and development, was an integral part of creating innovative programs, such as the Fenway Group’s apprenticeship program for Louisiana Tech students in STEM-related fields and a pre-seed, proof-of-concept fund that has contributed to the growth and development of numerous companies.”

Prior to his appointment as the 14th President of Louisiana Tech, Guice served as the university’s vice president for research and development and dean of the College of Engineering and Science.  His leadership directed the creation of numerous innovative academic and research programs, partnerships with private and government organizations, and the planning and development of the Louisiana Tech Enterprise Campus – a research park that provides a home for high-tech companies looking to reside in north Louisiana and capitalize on the intellectual, commercialization and research strengths of Louisiana Tech.

“We believe that President Guice’s thoughtful perspectives on innovative research and industry collaboration, as well as his standing among Louisiana’s innovation community, will enable the LIC to strengthen its impact on our state,” Moret said.  “We are thrilled with his continued willingness to go the extra mile to serve the citizens of our great state.”