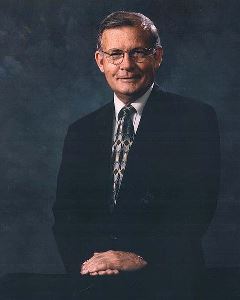 The presentation is free to attend and open to the public, and will take place at 4:00 p.m. in Wyly Auditorium on the Louisiana Tech campus.

Honeycutt began his government career at Redstone Arsenal in Huntsville, Alabama as an engineer in 1960.  In 1966, he transferred to the Johnson Space Center in Houston where he held positions of increasing responsibility in the Apollo, Skylab, and Space Shuttle programs.  He also coordinated the agency responses to the Presidential Commission and congressional activities relating to the Challenger accident, and was a member of the Apollo 13 Mission Operations Team that received the Presidential Medal of Freedom in 1970.

Honeycutt joined Lockheed Martin in May of 1997 and was appointed Executive Vice President, and then President of Lockheed Martin Space Operations in August of 1997 which he held until his retirement in January 2004.

Honeycutt is an elected Fellow of the American Astronautical Society and serves on boards for the International Space University, Institute of Nuclear Power Operations, Odyssey Moon, Space Services Inc., and the United Space Alliance.

For more information on Honeycutt’s visit or presentation, please contact Martha Stevens at (318) 257-3056 or mstevens@latech.edu.