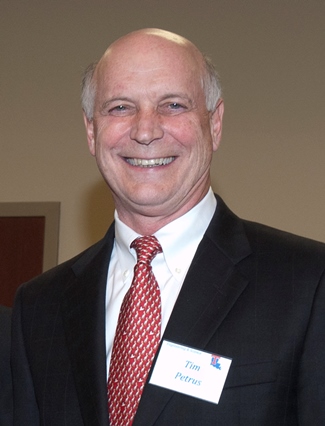 Winter commencement begins at 10:00 a.m. and officially marks the end of the winter quarter at Louisiana Tech. Spring quarter classes begin on March 11.
After receiving his bachelor’s degree in electrical engineering from Louisiana Tech in 1976, Petrus was employed as an engineer with Exxon Company USA, now ExxonMobil. In 1980, Petrus accepted a position in the Petroleum Lending Department of Texas American Bank-Fort Worth, where he rose to the position of vice president.
In 1988, he joined the newly formed Cross Timbers Oil Company in Fort Worth, Texas as a regional engineer. Cross Timbers, which became a public company as XTO Energy in 1993, was a premier acquirer and exploiter of oil and gas properties throughout the United States. Petrus took over the acquisitions group of XTO in 1990 and was ultimately promoted to the position of executive vice president.
In 2012, Petrus and three other members of XTO’s executive management team formed MorningStar Partners. Petrus and his wife Elaine, who is a Louisiana Tech accounting graduate, reside in Fort Worth, where they are active in many civic and non-profit organizations.
In addition to his current role as executive vice president and general partner of MorningStar Partners, a privately held partnership that acquires and manages oil and gas properties, Petrus is also the president of the Louisiana Tech Engineering and Science Foundation Board and as a director of the University Foundation.
Written by Judith Roberts – jroberts@latech.edu