— Interdisciplinary team creates biocomposite for first time using physiological conditions —
Faculty at Louisiana Tech University have discovered, for the first time, a new nanocomposite formed by the self-assembly of copper and a biological component that occurs under physiological conditions, which are similar to those found in the human body and could be used in targeted drug delivery for fighting diseases such as cancer.
The team, led by Dr. Mark DeCoster, the James E. Wyche III Endowed Associate Professor in Biomedical Engineering at Louisiana Tech, has also discovered a way for this synthesis to be carried out in liquid form. This would allow for controlling the scale of the synthesis up or down, and to grow structures with larger features, so they can be observed. 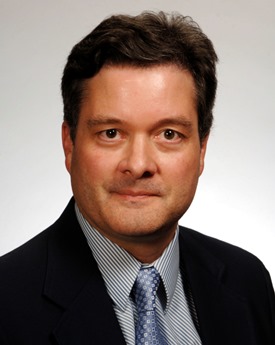 The discovery was published last month in the journal JoVE (Journal of Visualized Experiments) – a highly-visible, peer-reviewed international journal. Since its publication, the article titled, “Generation of Scalable, Metallic High-Aspect Ratio Nanocomposites in a Biological Liquid Medium” has been viewed hundreds of times by dozens of universities around the world.
“We are currently investigating how this new material interacts with cells,” said DeCoster. “It may be used, for example for drug delivery, which could be used in theory for fighting diseases such as cancer. Also, as a result of the copper component that we used, there could be some interesting electronics, energy, or optics applications that could impact consumer products. In addition, copper has some interesting and useful antimicrobial features.
“Finally, as the recent environmental spill of mining waste into river systems showed us, metals, including copper, can sometimes make their way into freshwater systems, so our newly discovered metal-composite methods could provide a way to “bind up” unwanted copper into a useful or more stable form.”
DeCoster said there were two aspects of this discovery that surprised him and his research team. First, they found that once formed, these copper nanocomposites were incredibly stable both in liquid or dried form, and remained stable for years. “We have been carrying out this research for at least four years and have a number of samples that are at least two years old and still stable,” DeCoster said.
Second, DeCoster’s group was very surprised that these composites are resistant to agglomeration, which is the process by which material clumps or sticks together.
“This is of benefit because it allows us to work with individual structures in order to separate or modify them chemically,” explains DeCoster. “When materials stick together and clump, as many do, it is much harder to work with them in a logical way. Both of these aspects, however, fit with our hypothesis that the self-assembly that we have discovered is putting positively charged copper together with negatively charged sulfur-containing cystine.”
The research discovery was a team effort that included DeCoster and Louisiana Tech students at the bachelor, master and doctoral level. “The quality of my team in putting together a sustained effort to figure out what was needed to reproducibly carry out the new self-assembly methods and to simplify them really speaks well as to what can be accomplished at Louisiana Tech University,” DeCoster said. “Furthermore, the work is very multi-disciplinary, meaning that it required nanotechnology as well as biological and biochemical insights to make it all work, as well as some essential core instrumentation that we have at Louisiana Tech.”
DeCoster says the future of this research has some potentially high impacts. He and his team are speaking with colleagues and collaborators about how to test these new nanocomposites for applications in bioengineering and larger composites such as materials that would be large enough to be hand-held.
“Our recent publication of the work could generate some interest and new ideas,” said DeCoster. “We are working on new proposals to fund the research and to keep it moving forward. We are currently making these materials on an ‘as needed’ basis, knowing that they can be stored once generated, and if we discover new uses for the nanocomposites, then applications for the materials could lead to income generation through a start-up company that I have formed.”