Louisiana Tech University and the Waggonner Center for Civic Engagement and Public Policy will host a televised gubernatorial debate at 6:00 p.m., October 15 that will feature the top four candidates in the race for Governor. 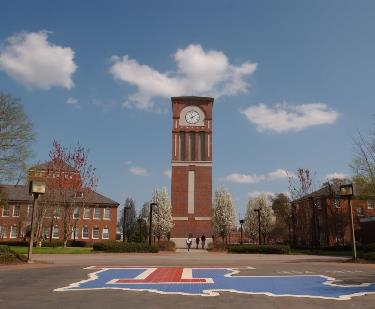 Public Service Commissioner Scott Angelle (Republican), Lieutenant Governor Jay Dardenne (Republican), State Representative John Bel Edwards (Democrat) and U.S. Senator David Vitter (Republican) have accepted invitations to take part in the debate, which will be televised by KTBS-TV in Shreveport and simulcast throughout the state.
“Louisiana Tech is pleased to have the opportunity to host this event and to engage the public in the process of electing the next Governor to lead our state,” said Louisiana Tech President Les Guice. “Providing the candidates with a fair and neutral forum to share their ideas and vision for the future of Louisiana is an important part of our public service. Through the Waggoner Center and its focus on civic leadership and engagement, Louisiana Tech is proud to contribute to a strong electoral process.”
KTBS anchor Sherri Talley will serve as the event’s moderator with questions posed by panelists representing media outlets from north and south Louisiana. The studio-style debate will focus on topics such as economic development, the state budget, K-12 and higher education, and leadership.
“Louisiana Tech is proud to host this important event,” said Dr. Jeremy Mhire, associate professor of political science at Louisiana Tech and director of the Waggonner Center. “Louisiana faces an important choice in the upcoming election and the Waggonner Center is excited to do its part in helping voters make an informed decision by hosting this debate.”
The Waggonner Center for Civic Engagement and Public Policy is housed in the College of Liberal Arts at Louisiana Tech. Its mission is to foster citizenship, bipartisan understanding, effective public policy and civic leadership among students, and engaging the public at large. The Center also seeks to promote active and responsible civic engagement through an interdisciplinary combination of innovative curricular initiatives, academic outreach, and community outreach.
For more information on the Waggonner Center for Civic Engagement and Public Policy, visit www.waggonnercenter.org.