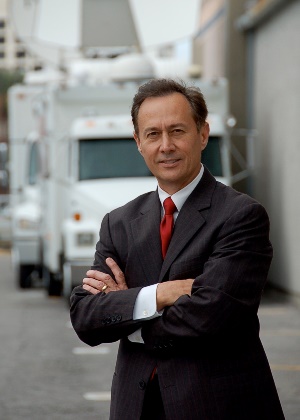 Braud, whose public relations firm specializes in crisis communications, said he is attempting to crowd source wisdom on social media to share with this newest class of Louisiana Tech graduates. For the past 30 days, he has been soliciting comments via Twitter, Facebook, YouTube, and LinkedIn, asking the question, “If you could give just one piece of advice to a college graduate, what would it be?”
“These graduates are the MM Generation – the Mobile Millennial Generation,” he said. “This graduating class has spent 50 percent of their lives on mobile devices with social media. They’ve all experienced the negative aspects of social media.
“My goal is to harness and share the good as we launch them into the next chapter of their lives.”
In an excerpt from his commencement address, Braud says “For all of the promise granted to you by your mobile devices, there seems to be just as many evils. Instagram, SnapChat, Twitter, Facebook, YouTube and all of your other mobile apps can be a pathway to sharing joy. Yet so often, people use them as a pathway for hate and meanness.
“In an effort to restore our faith in social media, I’ve reached out to some of the brightest minds on the planet [through social media] as well as to ordinary folks who wish to share just a tiny bit of wisdom with you as you embark on the next chapter of your life.”
A1980 journalism graduate from Louisiana Tech, Braud began his journalism career as a writer for The Shreveport Times and has worked as a reporter, weathercaster and news anchor at KSLA-TV 12 during his career. Braud has also worked as the Capitol Correspondent at WAFB-TV 9 in Baton Rouge and as the Environmental Reporter at WDSU-TV 6 in New Orleans. Throughout his career, he also provided reports for NBC, CBS, CNN and The Weather Channel.
Braud left television in 1994 to develop a career as a crisis communications expert, based on corporate and governmental failings he observed as a journalist. He founded Braud Communications which serves organizations on five continents that rely on Braud to train their spokespeople and executives to communicate effectively during a crisis. His clients have ranged from the Fortune 500 clients to major government agencies in the U.S. and around the world, as well as medium to small businesses across America.
Braud credits Louisiana Tech and its journalism faculty with his success, especially the late department head Wiley Hilburn.
“Every morning I think of myself first as a writer who is using the power of the written and spoken word,” Braud said. “I am keenly aware that the strong foundation I received at Tech makes all the difference in the world to my clients.”
All of the fall graduates from each of Louisiana Tech’s five academic colleges and the Graduate School will receive diplomas during the commencement ceremony as well as their Tenet Medallions inscribed with the 12 Tenets of Tech and their year of graduation. The Tenets of Tech are guiding principles and personal characteristics that students and graduates are expected to embrace and uphold during and after their time at Louisiana Tech.
Fall commencement officially ends the fall quarter. Winter quarter classes at Louisiana Tech will begin on Dec. 2.
Written by Judith Roberts – jroberts@latech.edu