Researchers from Louisiana Tech University have published a study on the prevalence and impacts of “serial inventors” – scientist and engineers within university research communities who are particularly inventive and produce patents at a high level.
The article titled, “Prevalence of Serial Inventors in Academia” has been published in a recent issue of “Technology and Innovation”, a journal of the National Academy of Inventor (NAI.) Dr. Richard Kordal, director of Louisiana Tech’s Office of Intellectual Property and Commercialization; Dr. Dexter Cahoy, associate professor of mathematics and statistics; Dr. Eric Sherer, assistant professor of chemical engineering; and Beatrix Koev, former Louisiana Tech graduate student, co-authored the paper which details a list of inventors on all U.S. patents issued to five major research universities over a 23-year period, and highlights the outsized contributions of serial inventors. 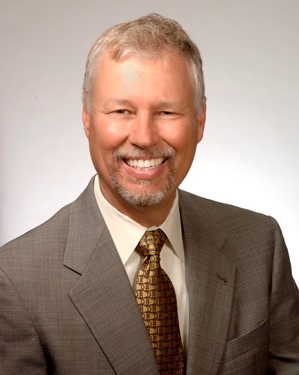 “We were interested in determining if like ‘serial entrepreneurs’ there are ‘serial inventors,’ and quantifying what percentage of the total inventors they make up,” said Kordal. “There have been many studies published about serial entrepreneurs, but fewer about serial inventors. For the purposes of their research, we defined an ‘inventor’ as a person who has been granted a US patent.”
The study distinguishes “inventor” from researchers who may have disclosed a discovery or a potentially patentable invention to their respective university technology licensing offices. Since not all discoveries are patentable and/or commercializable, patent protection is commonly only pursued on a fraction of all discoveries.
Kordal says the study’s results support the commonly held belief that a small percentage of high performing inventors (serial inventors) are responsible for a disproportionate number of patents being generated by a research organization.
“Approximately 10 percent of faculty inventors account for about 50 percent of the patents generated at a university,” Kordal said. “Particularly striking was that this percentage was identical among all five major universities studies, indicating it may be a universal fact. We also found this to be true here at Louisiana Tech as well.
“We also believe that the success of these highly creative and productive individuals is due in large part to their success in building and sustaining productive research groups. Key is their ability to obtain funding for their research projects from sponsors.”
Kordal and his team also believe their findings are timely given uncertain budget times. An unintended consequence of cut backs to state support for higher education could be the loss of these top performing researchers to other well-off states that continue to invest in higher education.
“There is a competition among universities for these serial inventors and ‘star’ faculty, and we could be in danger of losing them to other states if we do not invest in higher education. This loss of key innovators could have long lasting negatives effects on our economic development efforts.”