As Louisiana Tech University closes its winter quarter March 5, Louisiana Supreme Court Justice Marcus R. Clark will serve as commencement speaker at graduation, which will be held at 10 a.m. in the Thomas Assembly Center. 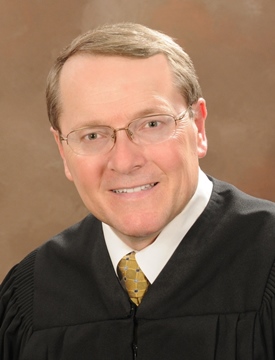 Clark, who graduated with his law degree from Louisiana State University in 1985, worked as the chief felony drug prosecutor at the Ouachita Parish District Attorney’s Office before being elected district judge to the Fourth Judicial District Court in 1997. During his tenure, he volunteered as drug court judge and served as chief judge from 2004-2006.
Clark was elected to the Louisiana Supreme Court in 2009. He serves as chairman of the Budgetary Control Board and serves on the Sheriff’s Executive Management Institute Board, the Internal Audit Committee and the Human Resources Committee. He also is the Supreme Court’s liaison to the Louisiana District Judges Association.
Clark and his wife Allyson, who is a neonatal nurse at St. Francis Medical Center, live in West Monroe. They have two children, Nicole and Cooper.
Commencement will signal the end of the winter quarter for the university. Spring classes will begin Wednesday, March 9.
Written by Judith Roberts – jroberts@latech.edu