Louisiana Tech University will hold its spring commencement ceremony at 10 a.m., Saturday, May 21 at the Thomas Assembly Center with John Hofmeister, founder and chief executive for Citizens for Affordable Energy and former president of Shell Oil Company, serving as keynote speaker. 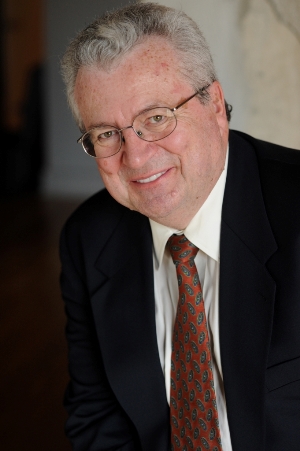 Hofmeister, who retired from Shell in 2008, works through Citizens for Affordable Energy to promote sound energy solutions for our nation.  He has held executive leadership positions in General Electric, Nortel and AlliedSignal, which is now Honeywell International, and also served as the chairman of the National Urban League and chairman of the U.S. Department of Energy’s Hydrogen and Fuel Cell Technical Advisory Committee.
Hofmeister serves on the boards of the Foreign Policy Association, Strategic Partners, LLC; the Houston Technology Center and the Gas Technology Institute, and is a Fellow of the National Academy of Human Resources.  He is a past chairman and Director Emeritus of the Greater Houston Partnership, and is the author of “Why We Hate the Oil Companies: Straight Talk from an Energy Insider” (Palgrave Macmillan, 2010).
Currently, Hofmeister serves as a Wrigley Scholar/Executive in Residence in the Global Institute of Sustainability at Arizona State University and is also a lecturer at the University of Houston.  Hofmeister earned bachelor’s and master’s degrees in political science from Kansas State University.  In May 2010, he was awarded an honorary doctorate of letters from the University of Houston and from Kansas State University in 2014.
During the commencement ceremony, graduates from each of Louisiana Tech’s five academic colleges and the Graduate School will receive diplomas as well as their Tenet Medallions inscribed with the 12 Tenets of Tech and their year of graduation. The Tenets of Tech are guiding principles and personal characteristics that students and graduates are expected to embrace and uphold during and after their time at Louisiana Tech.
Spring commencement will serve as the official end to Louisiana Tech’s spring quarter and the 2015-2016 academic year. Summer quarter classes will begin Wednesday, June 1.
Written by Judith Roberts – jroberts@latech.edu