A Louisiana Tech University professor has been selected as one of 15 winners in an international composer’s competition. 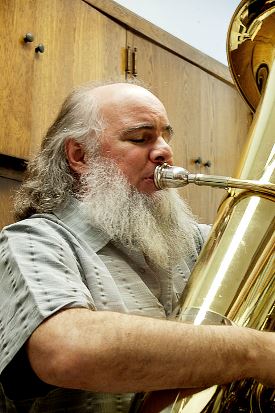 Dr. Joe L. Alexander, professor of music in Louisiana Tech’s School of Performing Arts, was among the 15 winners selected for the Fifteen Minutes of Fame: with Kenyon Wilson, tuba and Marcy J. Wilson, violin composers’ competition. As part of winning, his piece, “A Walk Through the Forest,” will be premiered at the 2016 International Tuba/Euphonium Conference June 3 at the University of Tennessee in Knoxville.
The Fifteen Minutes of Fame series was designed by producer and composer Robert Voisey “to create an opportunity for composers to get their works performed and heard by audiences around the world. Over the many individual competitions, over 600 composers have been chosen from more than 30 countries around the world; their compositional style and aesthetic are as diverse as the different cultures they represent.”
Additionally, Alexander’s composition, “Dialog #4 for euphonium and tuba,” has been selected for the upcoming 2016 National Association of Composers, USA National Conference. On May 20, Louisiana Tech student Cody Alan Ford and Alexander will perform the piece at the conference, which will also be held at the University of Tennessee. Ford will also perform Ken Davies’  “Euphonic Soundscape.” Both pieces were composed for Ford.
Written by Judith Roberts – jroberts@latech.edu