Dr. Reginald Owens, department head for journalism and the F. Jay Taylor Endowed Chair of Journalism at Louisiana Tech University, will serve as the keynote speaker for Louisiana Tech’s summer commencement exercises at 10:00 a.m. August 18 at the Thomas Assembly Center.
Owens, who will retire at the end of August after a distinguished 19-year career at Louisiana Tech, is also the former director of Louisiana Tech’s News Bureau and member of the University Communications Department.  He has worked closely with and mentored students of The Tech Talk student newspaper, Lagniappe student yearbook and SPEAK Magazine, all of which were nationally award-winning student media. 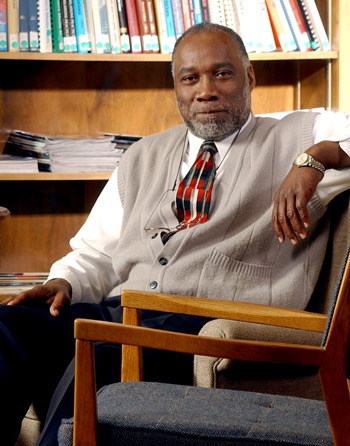 As a student at Louisiana Tech in the late 1960s, Owens was one of the founders of the university’s first African American student organization, Soul Tech, and served as its first president.  He was also instrumental in bringing to campus the first black fraternity, Alpha Phi Alpha.  Owens went on to earn a Ph.D. in journalism from the University of Texas-Austin and a master’s in advertising from the University of Illinois-Urbana following his bachelor’s in journalism from Louisiana Tech.
Owens began his professional career as a police reporter at the Houston Post and later worked for Southwestern Bell Telephone Co. in Houston in public relations and advertising, where he was associate editor of Telephone Times, a publication serving some 15,000 Bell employees in Southeast Texas. Owens was managing editor of The (Houston) Informer, the third oldest black newspaper in the nation, and was a founding vice president of the Houston Association of Black Journalists.
Owens teaching career began at Texas Southern followed by Grambling State University, where he was newspaper publication director for The Gramblinite, an award-winning student newspaper, before coming to Louisiana Tech in 1997.  He has also taught in Houston at Texas Southern University, and in Austin, Texas at Huston-Tillotson University and Austin Community College.  Owens has been a visiting professor at the University of Texas-Austin, Poynter Institute for Media Studies in St. Petersburg, Florida, Southern Newspaper Publishers Association Foundation Traveling Campus, and Zambia Institute for Mass Communication (ZAMCOM) in Lusaka, Zambia.
Owens has written, edited, published and presented more than 100 scholarly articles on the topics of African American publications and the communication environment in which they operate, and on journalism pedagogy.  He serves on the boards of directors for the Dow Jones News Fund, the Shreveport Journalism Foundation, and the Greater Grambling Chamber of Commerce and is a member of the Friends of the Eddie G. Robinson Museum Committee, where he has served as editor for major museum publications.
During the commencement ceremony, graduates from each of Louisiana Tech’s five academic colleges and the Graduate School will receive diplomas as well as their Tenet Medallions inscribed with the 12 Tenets of Tech and their year of graduation. The Tenets of Tech are guiding principles and personal characteristics that students and graduates are expected to embrace and uphold during and after their time at Louisiana Tech.
Summer commencement officially marks the end of the summer quarter at Louisiana Tech.  Fall quarter classes are scheduled to begin on September 8.