Award-winning writer to read his work at Louisiana Tech 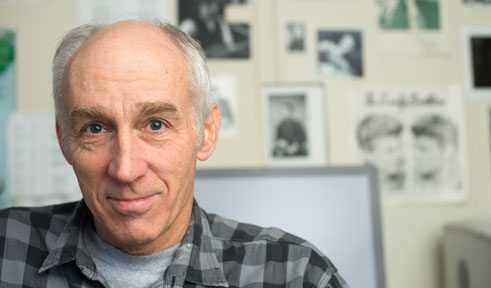 Mark Halliday, an internationally known poet who has had a major influence on the poetry of the 21st Century, will visit Louisiana Tech University March 16 for multiple events. 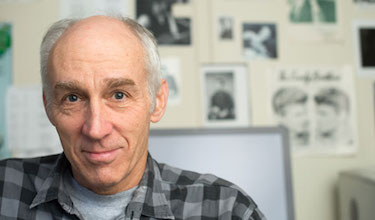 Currently serving as Distinguished Professor of English at Ohio University, Halliday will read from his recent collection of poems at 7 p.m. in the G. T. Madison Hall Auditorium, Room 105, on the Louisiana Tech campus. Books will be available for at the reading with a book signing and Q&A following.
Halliday’s visit is sponsored by the Louisiana Tech’s English Department with support from the College of Liberal Arts and the George E. Pankey Eminent Scholar Chair in English. The public is encouraged to attend.
Halliday’s poetry strikes a balance between the critically sharp and the absurd. His work is characterized by close observation of daily events, out-of-the-ordinary metaphors, unsentimental reminiscence, colloquial diction, references to popular culture, and uncommon humor. Halliday has been described as one of the “ablest practitioners” of the “ultra-talk poem,” and frequently writes in a wry, exuberant, garrulous, accessible style. Halliday has acknowledged the influences of New York School poets Frank O’Hara and Kenneth Koch on some of his poems.
Halliday has won national and international awards, including Pushcart Prizes, Best American Poetry selections and Guggenheim Fellowship. Halliday lived at the American Academy in Rome as a winner of the Rome Prize of the American Academy of Arts and Letters in 2001-2002. He has influenced generations of writers as a teacher, editor, and critic.
In addition to the free public reading, Halliday will present an Artist’s Talk at 4 p.m. in G. T. Madison Hall 223 for English majors, the Poetry Society and interested faculty. In addition, he will attend an English 384 Creative Writing class at 10 a.m. in Madison Hall 223 and will be available to meet with faculty in the Madison Hall 207 after lunch.
Written by Judith Roberts – jroberts@latech.edu