— President Emeritus Daniel D. Reneau to be inducted into Hall of Distinguished Alumni —
Louisiana Governor John Bel Edwards will serve as the keynote speaker for Louisiana Tech University’s spring commencement ceremony at 10:00 a.m. May 20 at the Thomas Assembly Center. 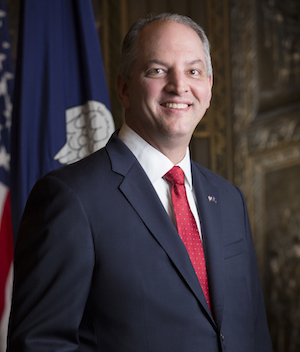 In addition to honoring its spring quarter graduates, Louisiana Tech will present Dr. Daniel D. Reneau with its coveted Tower Medallion representing his induction as the 79th member of Louisiana Tech’s Hall of Distinguished Alumni. Established in 1976, the Hall honors those alumni of the university who have distinguished themselves by exceptional achievement, community service and humanitarian activity.
Louisiana Tech will also celebrate its 100,000th graduate during the spring commencement ceremony.
Edwards visits Louisiana Tech as the 56th Governor of Louisiana. He grew up in Amite, Louisiana as one of eight children and with four Tangipahoa Parish Sheriffs in his family tree, Edwards learned the importance of public service at an early age.
In 1988, Edwards received a bachelor’s degree in engineering from the United States Military Academy where he was on the Dean’s List and served as vice chairman of the panel that enforced the West Point honor code. Edwards served in the U.S. Army for eight years, mostly in the 25th Infantry Division and 82nd Airborne Division, including commanding a company in the 82nd’s 3rd Battalion, 505th Parachute Infantry Regiment.
Following his active military service, Edwards went on to graduate Order of the Coif from Louisiana State University Law Center and set up a civil law practice in his hometown of Amite.
In 2008, Edwards was elected to the Louisiana House of Representatives from District 72 and served as the Minority Leader. He served for eight years until the voters of Louisiana elected him governor in November 2015.
Edwards and his wife Donna have two daughters, Sarah Ellen and Samantha, and one son, John Miller. 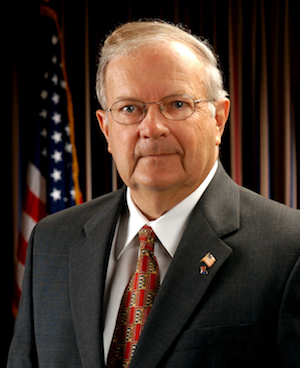 Reneau’s many accomplishments at Louisiana Tech began with a bachelor’s degree in chemical engineering in 1963 and a master’s degree in chemical engineering in 1964. Soon after, he earned a doctorate from Clemson University before returning to Louisiana Tech in 1967 as an assistant professor of chemical engineering, and quickly distinguished himself as a scholar and researcher.
One of Reneau’s cornerstone achievements came in 1972 when he established Louisiana Tech’s Department of Biomedical Engineering Department – one of the first of its kind in the United States and only the fifth undergraduate program to become accredited in the nation.
In February 1987, the Board of Trustees for State Colleges and Universities selected Reneau as the 13th President of Louisiana Tech University. He is the longest serving president in the history of Louisiana Tech, having led from 1987 to 2013. Following his retirement and in honor of his exemplary leadership and statesmanship, Reneau was honored by Louisiana Tech with the distinguished title of President Emeritus.
Under Reneau’s leadership, Louisiana Tech achieved the University of Louisiana System’s highest graduation, retention and fastest time-to-completion rates, and earned a Tier One National University ranking by U.S. News & World Report.
Reneau is a native of Woodville, Mississippi and is married to the former Linda Digby of Bernice, whom he met as a student at Louisiana Tech. They have two children, John and Dana, who are also both Louisiana Tech alumni.
Following Edwards’ address and the presentation of Reneau’s Tower Medallion, the graduates from each of Louisiana Tech’s five academic colleges and the Graduate School will receive diplomas as well as their Tenet Medallions inscribed with the 12 Tenets of Tech and their year of graduation. The Tenets of Tech are guiding principles and personal characteristics that students and graduates are expected to embrace and uphold during and after their time at Louisiana Tech.
Spring commencement officially marks the end of the spring quarter and the 2016-2017 academic year at Louisiana Tech.  Summer quarter classes are scheduled to begin on May 31.