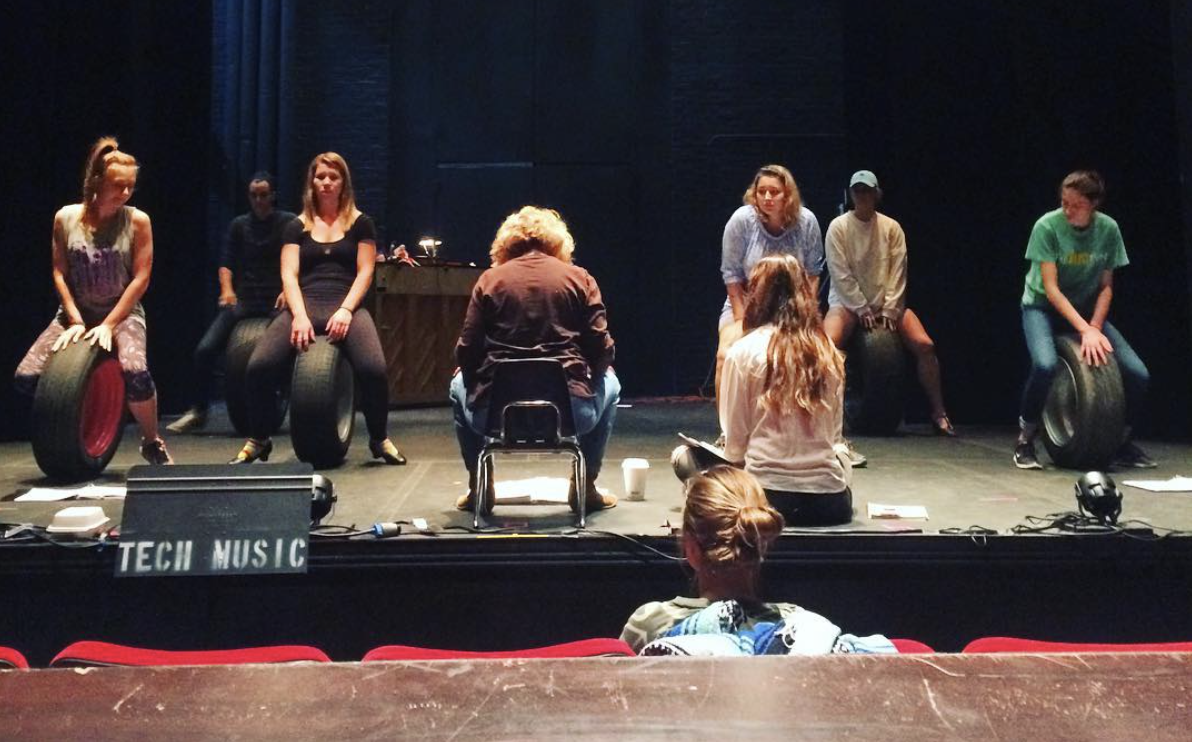 In less than two weeks, the Louisiana Tech Department of Theatre presents the award-winning musical revival of Six Women with Brain Death or Expiring Minds Want to Know, directed by Cherrie Sciro.
When: Oct. 30-Nov. 5 at 7:30 p.m., Nov. 5 at 2 p.m.
Where: Stone Theatre in Tech’s Howard Auditorium for the Performing Arts
Tickets: $25 general admission, $15 students with student ID, $20 youth under 14 years old, and $20 seniors (60+).
To purchase tickets or for group rates, contact the box office in the Stone Theatre lobby, 1:30-4:45 p.m., Monday-Friday, at 318-257-3942.
SPECIAL HALLOWEEN CONTEST: Come dressed in your best costume on Halloween for a chance to win a $50 gift card and a bottle of wine at Roma’s Italian Bistro.
The first time Six Women with Brain Death was directed by Sciro 20 years ago, people in Ruston said it was “the single most raved about and talked about play” of the season, Sciro said. Six Women With Brain Death or Expiring Minds Want to Know is a wild and very left-of-center view of the world from an entirely feminine standpoint. In a series of bizarre but hysterical songs and sketches, the authors explore TV soap operas, “genuine press-on nails,” Barbie and Ken’s secret fantasy life, divas, a unique and new way of recycling, and what “is” and “is not” feminine – with an unforgettable detour through a forest where Bambi meets Rambo. Definitely not for the faint-hearted, Six Women With Brain Death is a hard rockin’, harder talkin’ cult classic that the Department of Theatre is excited to bring you…again!
For more information on the Department, visit LATechUniversityTheatre.com, like the department’s Facebook page (facebook.com/LATechTheatre), and follow @LATechTheatre on Twitter and Instagram.
Olivia Willcox, Katie Brumfield, Justin M. Jones, 318-257-2930