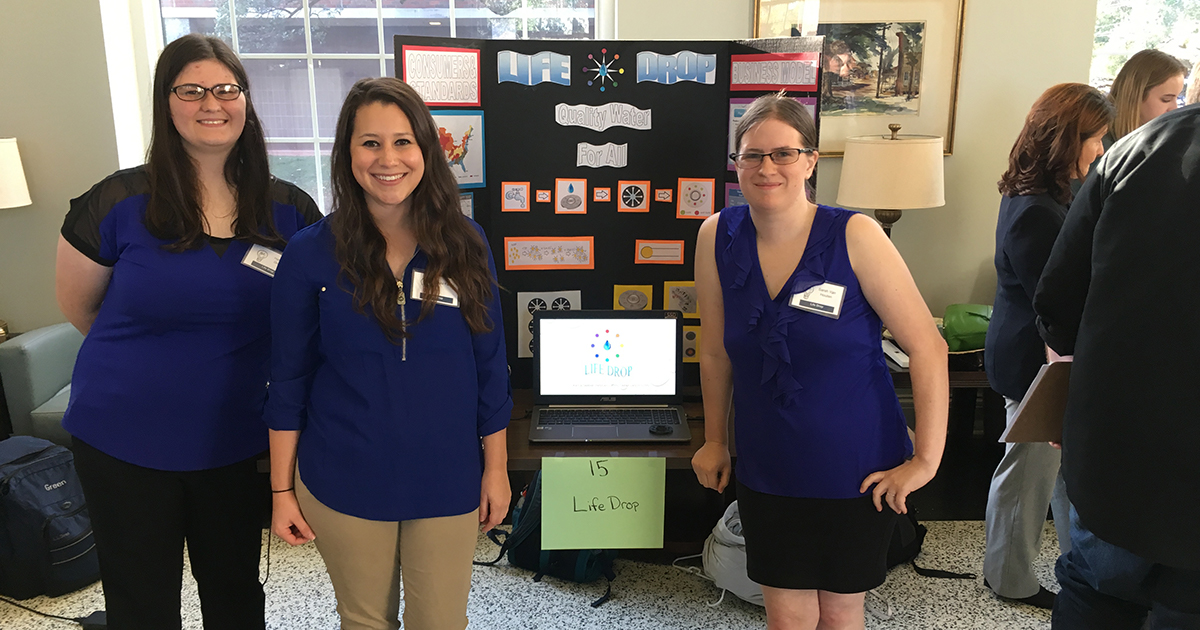 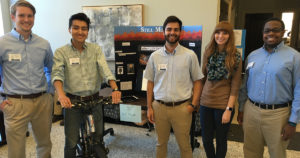 Louisiana Tech student teams pitched their new product/service ideas during the 2017 TOP DOG Idea Pitch sponsored by the Center for Entrepreneurship & Information Technology and Bulldog Entrepreneurs on Tuesday, October 24.
This year’s event featured 20 teams delivering five-minute pitches about their ideas to see how professional judges rated their concepts. Students and community members visited each team’s booth and voted with Bulldog Bucks for their favorite ideas. The Idea Pitch gives teams exposure to experts who give feedback about their ideas and to potential customers, which help teams gauge market interest.
The Still Mount team won $500 for having the highest number of student Bulldog Bucks votes. Still Mount is a product that stabilizes a camera or smartphone for use in action filming in the extreme sports market. The Life Drop team had the highest judge score total. Life Drop offers an inexpensive and rapid water-testing device that is easy to use in the field.
The next event for the Idea Pitch teams is the final round of the TOP DOG New Venture Championship on April 27. This event offers teams a chance to win money and six months incubator space to help them make progress toward turning their ideas into reality. Teams are mentored by business professionals; Bulldog Entrepreneurs will sponsor helpful business planning seminars in the months before the New Venture Championship.
For more information about the TOP DOG events, contact Debbie Inman at debinman@latech.edu. 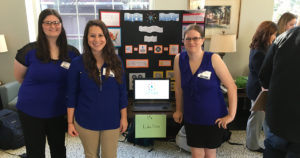