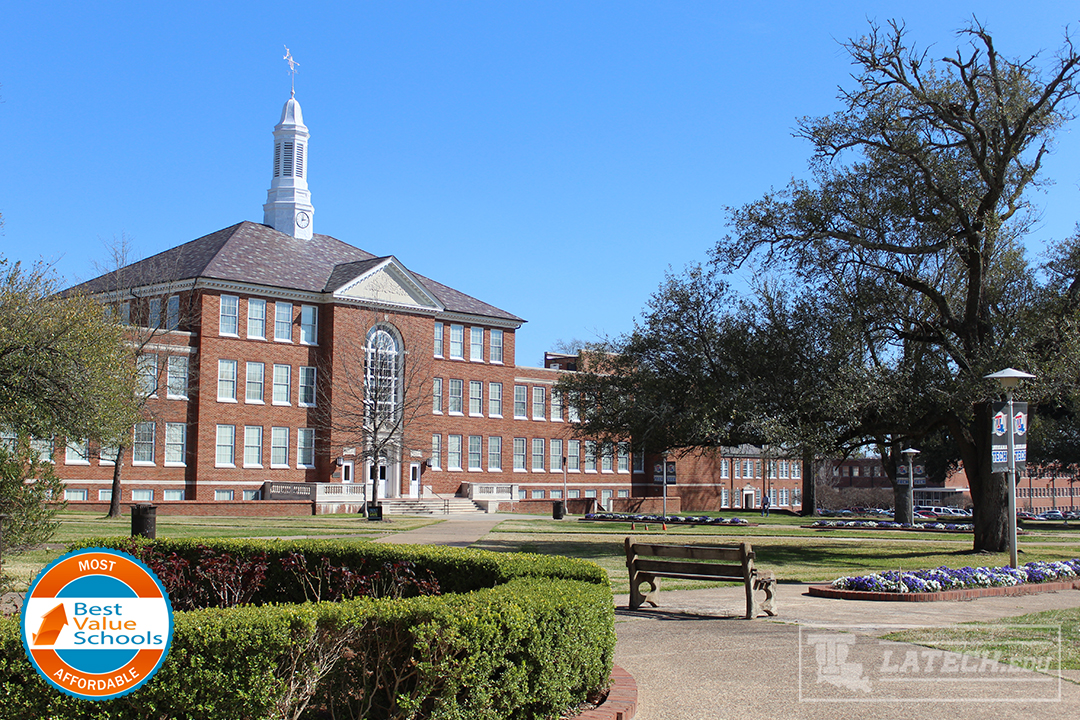 Louisiana Tech has earned another round of favorable rankings, most recently for being the best value of any other school in Louisiana and another for being one of the most affordable universities in the country.
Using averages of graduation rate, net price, acceptance rate, and 20-year net return on investment, BestValueSchools.com ranked Tech No. 1 in Louisiana for value. “With a $440,000 20-year net ROI, the school has the top return on investment in the entire state,” the site reported. Tech earned points for its “targeted focus on some of the country’s most in-demand majors” and for its “immersive programs like Living with the Lab and Living with Cyber.”
The site determined that Tech is one of the “best Louisiana colleges for students who are serious about their future.”
Also, BestValueSchools.com ranked the University 46th overall on its list of the top 100 undergraduate universities in America based on cost.  Degree candidates get more for their money because of “outsized opportunities,” the site said, such as Tech’s Center for Applied Physics Studies, the Center for Biomedical Engineering and Rehabilitation Science, and the University’s many corporate, hands-on partners.
Earlier this year, Tech was recognized by Student Loan Report for being No. 2 in the state in both lowest debt per graduate and in most offerings of financial aid to freshmen; only LSU ranked higher. Student Loan Report followed that up with a recently released report that ranks the schools nationally; Tech is 120th overall and 55th among public schools in lowest debt per graduate; Tech ranks 48th overall in most offerings of financial aid to freshmen.