Competitors shine with bright ideas at Won in One 2018 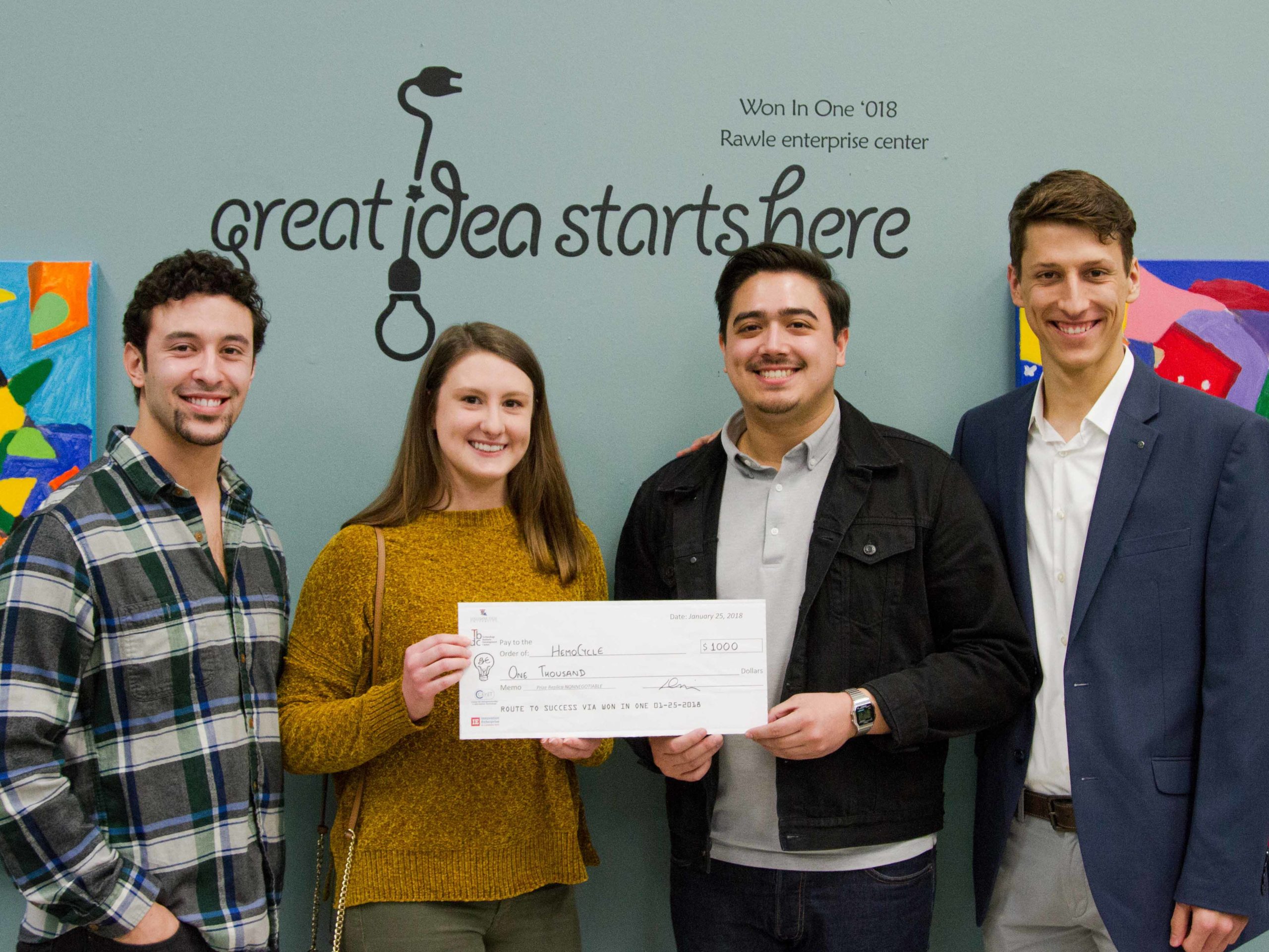 A low-cost medical product used for blood salvaging during surgery was a two-time winner at the recent Won in One competition at Louisiana Tech’s Rawle Enterprise Center. 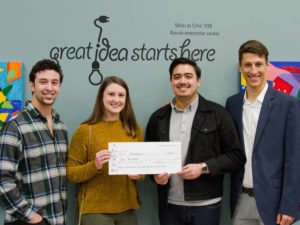 The annual cash-prize competition is a chance for community members and students to share their innovative ideas. Each contestant or team has 60 seconds to present their concept or venture in an elevator-pitch format. After all 15 participants presented — there were 15 this year —evaluations were made by both the audience and judges.
HemoCycle, presented by Caitlin Snell, a senior biomedical engineering major, won the People’s Choice category and was also the judges’ first-place pick. Created by Snell and senior teammates Steven Pirvu, Joshua Jacobs, and Ryan Botts, the medical device would be designed to be more accessible than current options for rural hospitals and developing nations.
In second place was LifeDrop, a device presented by senior biomedical engineering major Kayla Farrar. The goal of the team behind LifeDrop was to provide low-cost, easy-to-operate water quality testing for those in developing nations and those affected by natural disasters.
Third place went to Trenchless Technology Center (TTC) Smart Concrete, a green construction material proposed by Mohammadamin Azimi. 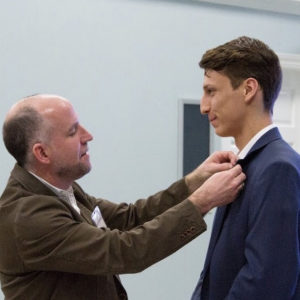 For the best presentation by a student, the audience selected Garrett Allen for the Checkplate concept, which detailed a vacuum fixture that could reduce setup time for machining processes. Allen, a senior mechanical engineering major, said the event was a beneficial experience for the team.
“Up to now, we didn’t have a real elevator pitch with this thing,” Allen said. “It took five minutes to explain this and how it works and that kind of thing. Now, I have a concise way to tell people about it, so that is really valuable.”
The evening also included a pinning ceremony for Botts, a senior industrial engineering major and member of the HemoCycle winning team. The University Innovation Fellows (UIF) pinning was performed by Dave Norris, the University’s chief research and innovation officer and leader of Tech’s Innovation Enterprise. Botts and 300 other college students from around the world attended a seminar at Stanford University to learn more about being an agent of change at their respective universities. The pinning acknowledged his efforts with that program and also at Tech, including his work with the Innovation Enterprise and student organizations such as OpTech.
“I think we are to a point where Tech is starting to grow, and I think that we are about to get into some really good days of design, innovation, and entrepreneurship on campus,” Botts said.