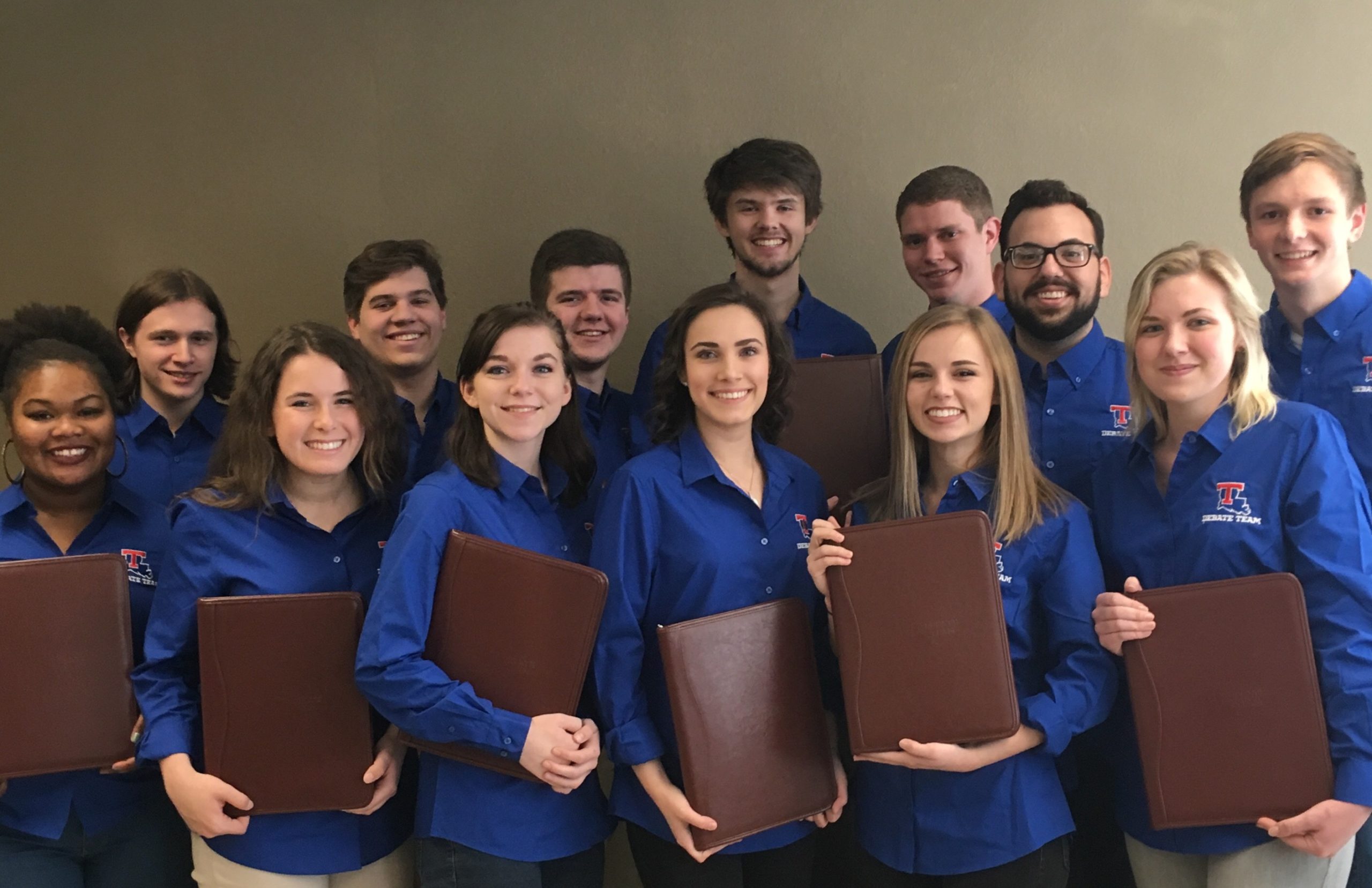 Plane tickets for the national championship debate tournament in Spokane, Wash., have been purchased. Practices remain steady, every Tuesday and Thursday from 4-6 p.m. in Robinson Hall. And two tournaments remain before the March 24-27 finals. 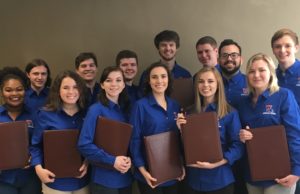 That’s what going on with Louisiana Tech’s debate team, ranked 8th in the nation and made up of team members representing a variety of majors spanning the University curriculum.
“That diversity helps us prepare for tournaments, and we build our cases together off each other’s knowledge,” Megan Smith, team coach and instructor in the School of Communication, said. “As a team we are strong because we are open to every Louisiana Tech student, no matter what level of debate experience a student has — even if they have no experience.
“We work together to improve our critical thinking skills and presentation skills,” Smith said. “We work hard to be competitive but even harder to lift every member to their potential and beyond. We are committed to our teammates and to representing Louisiana Tech in the best possible light as we travel to tournaments.”
Anyone interested in joining the team just needs to go to Robinson Hall Room 215 for a practice. Here’s how that practice has paid off so far this year:

The team returns to Arkansas Tech in Russellville for a tournament this weekend and will compete at the University of Central Arkansas March 9-10 as warmups to the national championship at Whitworth University in Spokane.