The son of a Louisiana Tech-educated agricultural engineer from Minden, Dr. Heath Tims knew since he was “little bitty” that he’d become an engineer.

“I grew up in a business where we did construction and we did maintenance on golf carts,” Tims said. “Between construction and being a mechanic, I knew early on; this all made sense to me. Everyone’s different. That’s just me. 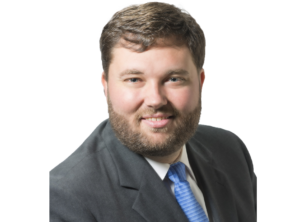 Tims is the Associate Dean for Undergraduate Studies and an Associate Professor for Mechanical Engineering in the College of Engineering and Science (COES). He is also the Cajun Contractors Endowed Professor in COES.

The way things are built is important to Tims, whose favorite engineering systems are dynamic ones, systems in motion. Engines. Suspension systems. “Anything,” he said, “that’s mechanical and moving.”

He’s the advisor for Tech’s Eco-Car team, an interdisciplinary group of students and faculty working together to design competitive, fuel-efficient cars that average around 400 miles per gallon. The team competes against national and international teams and also helps Eco-Car teams at area schools.

“I love getting to know the students,” he said about his advisory role. “You get to know them on a more personal level than you do in just a class environment.”

His wife Barbara graduated from Tech in elementary education, got a minor in library science and her master’s in information science; she does medical research for physicians. Their young sons are Carter and Graham, and they seldom miss a Tech ballgame.

“We started taking them when they were infants, maybe six months old,” Tims said. “Carter literally pulled his first tooth in Bogard Hall; that’s about as Tech Loyal Blue as it gets.”

Editor’s note: Endowed Chairs and Professorships are funded by private donors and matched by the Board of Regents. The revenue from the endowments provide stipends, which vary each year. Deans nominate the candidates for specified terms, up to five years.