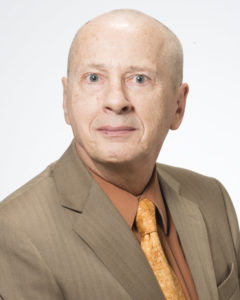 Founded 20 years ago, LCA creates a firm network among scholars and students at Louisiana’s institutions of higher learning so members can more easily have opportunities to share their ideas and contribute to communication scholarship.

As Chair of the Rhetoric Division, Govang will co-ordinate the review, selection, and scheduling of scholastic presentations in that area for the LCA conference in Lafayette in April and will help guide the LCA’s rhetoric interest group.

Communication 101 at Tech was recently recognized by the National Communication Association as a “Program of Distinction.”  Govang said he is both “humbled and inspired to be in the presence of the First Year Experience (FYE) team at Louisiana Tech.”

Govang retired from his position as Department Head and Associate Professor at Lincoln University in Jefferson City, Missouri in August 2017. That month, he returned to Tech, where he received his Master of Arts in 1979 and held his first teaching job as Director of the Debate and Forensics team.

Born in New Haven, Connecticut, Govang has held various offices, including National Chair of the Unity in Media Awards, Vice President of the Iowa Intercollegiate Forensics Association, and Secretary of the Jefferson City Cultural Arts Commission. He continues to do research, and his work is published in a wide variety of venues ranging from Religious Communication Today and The Electronic Journal of Communication to Christopher Street. In 1998, he was awarded the Governor’s Award for Excellence in Teaching by then-Missouri Governor Mel Carnahan.