Two gifts to Foundation will have strong, steady, lasting impact on region

Even though he never officially earned a degree from Louisiana Tech, Dr. Charles “Hank” Packman considers himself an alumnus and felt, because neither he nor his wife had to pay for their college educations — the state required no tuition when they were students — that he has a “debt to pay.” 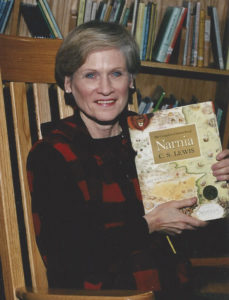 So he paid it through the Louisiana Tech University Foundation, and in a way that will have a positive and immediate impact on Tech students and the region.

Dr. Packman, who attended Tech before going to LSU for medical school in 1963, recently made two gifts to the University, one immediate and the second as a planned gift.

Dana was a teacher with a doctorate in math pedagogy who spent much of her career working in the healthcare environment on testing and diagnostics for children with learning disabilities and children who needed various other psychological assessments. Dr. Packman believes the work of the Counseling Psychology program in the Psychological Services Clinic in the University’s College of Education speaks strongly to the urgency and importance of both his wife’s mission and the mission of others who are carrying on this important and rewarding task.

The second gift is a planned gift; Dr. Packman made UTeachTech in the College of Education the beneficiary of a retirement account. He believes strongly that UTeachTech is an important program to sustain, one that serves the entire University and will constantly have a steady impact on the region through fostering a STEM-ready workforce. Dr. Packman’s gift is the first major gift toward the endowment of the UTeachTech program; the growth of the endowment is critical to sustaining this relatively new and vital program, which provides an opportunity for undergraduate students majoring in biology, chemistry, physics, mathematics, computer science, or engineering to earn both their subject matter degree and teaching certification.

Dr. Packman, 76, lives in Mooresville, North Carolina, and works part-time as a hematologist.

The Louisiana Tech University Foundation serves a large number of objectives in support of the University, including securing private gifts, enlisting key volunteers in development endeavors, and engaging prospective donors and stewarding their investments. Gifts can be made several ways, including real estate, stocks and bonds, gifts-in-kind, and endowments.

Your philanthropic investments will support Louisiana Tech as it continues to provide students with an unparalleled educational experience, build research programs focused on tackling the grand challenges of our time, and develop the 21st Century Campus vital to the education and research goals of the University, the major economic driver of our region. To support the current practical and value-driven “Forever Loyal” Campaign, the boldest fundraising initiative in the University’s 125-year history, contact the University Foundation at 318.255.7950.