Cast of ‘Begets: Fall of a High School Ronin’ announced

The Louisiana Tech University Department of Theatre recently announced the cast for its Spring production of Begets: Fall of a High School Ronin, by award-winning playwright Qui Nguyen, directed by Mark D. Guinn. 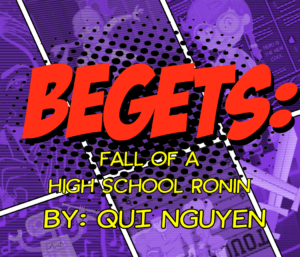 Arthur W. Stone Theatre will become the hall of an all-American high school overrun with shogun bullies in this action-packed samurai adventure. Emi Edwards, played by junior Theatre major Madelynn Deason, is a geeky girl who has found the courage to fight the shoguns and defend geek-kind.

However, in her journey to right wrongs, will her own cravings for popularity and power corrupt her quest to save the school? Will she able to establish a new world order? Or will violence just beget more violence?

The cast is as follows:

For more information on the Louisiana Tech Department of Theatre, visit louisianatechtheatre.com.