Audiology as a probable profession found Rachel Robinson in a quiet way, and had secretly hooked her long before she knew she was going to “fall in love with the deaf community,” as she remembers it now. 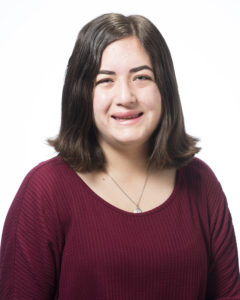 When Robinson was a DeRidder Dragon in her hometown, she was a regular watcher of a TV show called Switched at Birth.

“The plot of the show focused on a character who was deaf, and I’ve always found sign language to be an amazing and beautiful language,” said Robinson, who is now a Louisiana Tech junior. “I’ve also had a few experiences with meeting people, both inside and outside of the Louisiana Tech Speech and Hearing Center, who are deaf. I love when I’m able to communicate with sign language, even though I know just a basic amount. After getting into audiology I began to appreciate just how much goes into hearing and how important it is for people.”

Her appreciation will likely grow this summer; she’s been chosen to intern at Gallaudet University, a federally chartered private university in Washington, D.C., for the education of the deaf and hard of hearing.

Founded in 1864, Gallaudet University was originally a grammar school for both deaf and blind children before becoming the first school in the world for the advanced education of the deaf and hard of hearing.

“Gallaudet University is the premier institution of learning, teaching, and research for deaf and hard-of-hearing students,” the institution’s website reads. “For more than 150 years, Gallaudet has produced leaders and innovators who have influenced history. There is no other place like this in the world.

“When President Abraham Lincoln signed Gallaudet’s charter as created by Congress, our country created a beacon in the world for visual learning, visual language, social justice and full rights for deaf and hard-of-hearing people. This singular act recognized the importance of higher education to advance the lives and opportunities of deaf and hard-of-hearing people. Consequently, Gallaudet is the go-to source of knowledge about the deaf and signing community — a hub of history, achievement and inspiration.”

About a dozen interns are selected each summer to learn and to help at Gallaudet.

“I’ll be paired up with a mentor and other interns to conduct research in the mentor’s project,” Robinson said. “This experience will also help me in the future when I’ll need to conduct my own research projects in graduate school.”

Robinson was fairly convinced as a high school senior that she would study speech pathology. After taking Intro to Audiology as a Tech freshman, she became interested in that side of the field. Her major is pre-professional speech-language pathology with a concentration in audiology.

Her professional goal is to earn her doctorate and work as an audiologist.

“I love the deaf community,” she said, “which is why I decided to go into audiology.”

Just as audiology sort of found Robinson before she found it, her internship wasn’t planned.

“I had a friend who was applying for Research Experience for Undergraduates (REUs) in the Computer Science field,” she said. “He found the one at Gallaudet and thought I’d be interested. I decided to apply and sent in a Research Interest Statement, my transcript, and a recommendation letter from a professor.

“I guess they liked what I sent in,” she said, “and they offered me a position for the summer.”