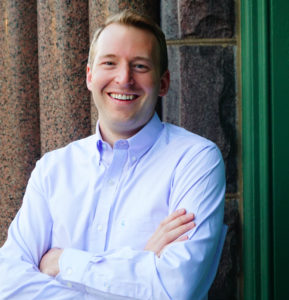 In addition to conducting the Chamber Singers and Concert Choir, Knodle will teach courses in conducting, choral music education, and voice at Tech.

Knodle most recently served as Assistant Professor of Music and Director of Choral Activities and Voice at Southwestern College, a private liberal arts college in Winfield, Kansas, where he conducted a variety of choirs and smaller vocal ensembles, and where he taught conducting, musical theater, and voice. His research interests include historical performance practice (especially in the performance of the music of J.S. Bach), models for collaborative teaching in the choral setting, and staging concert works.

Prior to his appointment at Southwestern College, Knodle served as Assistant Conductor of the University of Cincinnati – College-Conservatory of Music Chamber Choir, a graduate-level choral ensemble. He has also served for two years as assistant conductor for the Salisbury Singers of Worcester, MA, and taught for several years as a high school choir director in South Dakota. Dr. Knodle has expertise in musical theatre and has directed a number of musical theatre productions in civic playhouses in Pennsylvania and South Dakota. Further, he has served as choir director and/or organist at a number of churches in Ohio, Massachusetts, South Dakota, Iowa, and Wisconsin. He is a member of Pi Kappa Lambda – National Music Honor Society and holds memberships in various chapters of the American Choral Directors Association and the American Guild of Organists.