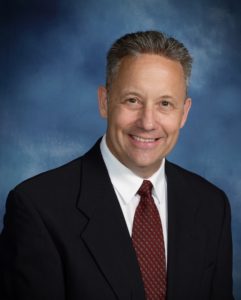 Goodfellow’s core responsibility will be to help achieve the vision of LTRI as a world-class, nationally recognized resource for research, education, training, and technology innovation in strategic areas of national security.

“LTRI enables the University to provide research and development capabilities for a variety of industry and defense partners,” said Tech President Dr. Les Guice. “Gen. Goodfellow will lead our work at LTRI and help the institute become a self-sustaining and growing enterprise. His experience will also be valuable for our Office of Research and Partnerships in its work to cultivate partnerships focused on training and education. We are pleased to have such an exceptional leader for LTRI with the expertise, character, and integrity that has been proven over an outstanding career in the Air Force.”

Goodfellow will focus on expanding the cooperative collaboration that is integral to the culture at Louisiana Tech. He will build upon the framework enabled by the Cyber Innovation Center, the Bossier community, and other regional partners to lead to unique workforce generation, research, and educational programs. Prior to joining LTRI, Goodfellow served as the Director of Strategic Plans, Programs, and Requirements at Air Force Global Strike Command located at Barksdale Air Force Base. In this position, he was responsible for strategic planning, and for resourcing the nation’s Minuteman III intercontinental ballistic missile force, B-1, B-2 and B-52 bombers, UH-1N helicopters, the E-4B National Airborne Operations Center Aircraft, and Nuclear Command, Control, and Communications (NC3) systems.

“We are enthusiastic about Gen. Goodfellow’s potential to continue the growth momentum of LTRI and take it to greater heights,” said Dr. Sumeet Dua, Associate Vice President for Research and Partnerships at Tech and Senior Vice President of LTRI. “His leadership will be crucial as we cultivate unique partnerships, build and deliver new educational content, and promote and extend novel research and development opportunities through LTRI.”

Goodfellow holds a master’s degree in Strategic Studies from the U.S. Army War College, a Master of Military Operational Art and Science from the U.S. Air Force Air Command and Staff College, and a Master of Aeronautical Science from Embry Riddle Aeronautical University. He spent much of his career educating and training military members and civilians including time as a professor of strategy and planning at the U.S. Army War College where he instructed Army, Air Force, Navy, and Marine Corps Officers, as well as civilian senior-level employees with the U.S. government.

“Gen. Goodfellow’s appointment could not have come at a better time,” Dua said. “LTRI is poised to grow unique core competencies in applied and translational research and education, with a scalable model and infrastructure for growth, and generate newer opportunities for sponsored engagement for our faculty and students. Through LTRI’s and Louisiana Tech’s joint efforts, we will continue the pursuit to become a trusted partner for the Department of Defense and other agencies in order to serve our national security needs.”

Goodfellow is a recipient of the Distinguished Flying Cross for heroism in combat. He was later awarded the General Ira C. Eaker Award for the “Outstanding Single Feat of Military Airmanship”. In addition, he holds the World Record in Aviation for the fastest ever Nonstop Flight Around-the-World with refueling in flight, which he flew in a B-1 Bomber. For this flight he was also awarded the Mackay Trophy, which is on permanent display at the National Air and Space Museum in Washington D.C., for the “Most Meritorious Aerial Flight of the Year.”

He assumed leadership of LTRI July 1.