MONEY magazine named Louisiana Tech University to its Best Value College list for 2019. Tech was one of only two public universities in Louisiana named to the list published today. 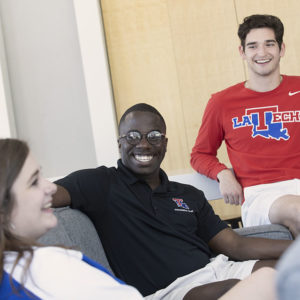 In its sixth year delivering the Best Value ranking, Money evaluated over 700 colleges and universities. Editors for the magazine compared institutions on affordability, educational outcomes, and quality of education, and data is compiled from the U.S. Department of Education, Peterson’s, and PayScale.com.

“Louisiana Tech consistently provides our students with an exceptional value and our graduates with an excellent return on their educational investment,” Louisiana Tech President Dr. Les Guice said.  “National recognition such as this from MONEY is encouraging and motivating for our campus community. It shows our focus on providing unparalleled educational experiences, solving the grand challenges of our time, and creating a 21st Century Campus impacts our students and alumni in a number of positive ways. ”

To compile the final group of colleges and universities ranked in the 2019 Best Colleges report, MONEY editors eliminated those institutions that had less than 500 students, graduated less than the median for its institutional category (public, private, or historically black college or university), those without sufficient data to analyze and institutions that had been identified as in financial difficulty by the U.S. Department of Education or bond ratings agencies.

The Money Best Value is the latest in a number of high profile rankings for Louisiana Tech. In May, the University was named a Forbes Best Value, and in April, Times Higher Education recognized Louisiana Tech as one of only 30 universities in the United States on its 2019 University Impact Ranking for sustainable development. In addition, in February, Tech was named to the national Military Friendly Schools list for the sixth year in a row.