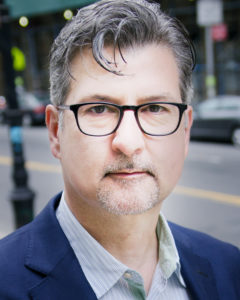 Louisiana Tech B.S./Marketing (1982) and MBA (1985) graduate Kevin Longino had been in the business world nearly two decades when kidney disease sidelined him in 2000.

“I left the computer industry when I was first diagnosed,” said Longino, a Southwood High (Shreveport) graduate in 1977. “Within four years, my kidneys failed and I required dialysis to stay alive.”

He had a successful transplant in 2004 and today is the Chief Executive Officer of the National Kidney Foundation (NKF).

“I started with the NKF as a local volunteer, got more involved in advocacy in Washington (D.C.), then was asked to join the National Board of Directors in 2011,” said Longino, who became CEO in 2015.

“Though my family couldn’t alter my diagnosis, supporting the mission of NKF became a source of comfort,” Longino said. “We were eager to raise awareness for the importance of early detection so that other families wouldn’t have to face the same terrifying experience.

“Identifying your cause and donating your personal time is a powerful experience,” he said. “It’s a means to give back to your community or to honor loved ones. Our causes give our lives purpose and allow us to take action when we’re feeling the most helpless.”

Longino, the Foundation, and the estimated 37 million Americans affected by kidney disease got good news this summer with the signing of an executive order that the NKF believes will transform kidney care.

“Kidney care is, for the first time in decades, experiencing a renaissance that can transform the lives of millions of Americans while also saving taxpayers billions of dollars,” Longino said. “NKF is grateful to the Administration and our bi-partisan Congressional champions who are elevating kidney disease as a national priority.

“My personal experience dealing with CKD and life post-transplant left me all-too familiar with the limitations of our health care system for kidney patients,” he said. “It compelled me to support the mission of the NKF as a volunteer and eventually as a Board Member. Now, as CEO, I’m driven to raise awareness around CKD, which has reached startling proportions in the U.S.”