Louisiana Tech’s chapter of the Student Academy of Audiology (SAA) is making some noise about hearing health this October during Audiology Awareness Month.

In cooperation with both associate professor of audiology and SAA chapter sponsor Dr. Steve Madix and Advanced Audiology & Hearing Aids of Ruston’s Dr. Jerrilyn Turner Frasier, the Tech SAA chapter planned and will take part in a collaborative event with The Arbor Assisted Living Retirement Community of Ruston and The Terrace of Ruston, a special community devoted to individuals with early-to-middle stages of Alzheimer’s and other dementia-related disorders. 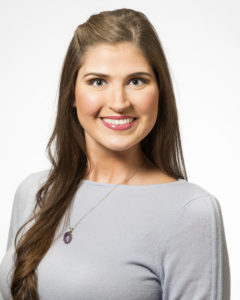 “This year Louisiana Tech SAA decided it wanted to play a more active role in the community,” said chapter president Madeline Robbins. “As October is National Audiology Awareness Month, we’ve planned an event that will make a positive impact on the community. Through volunteerism and civic education about hearing health, we can better benefit our community and promote hearing wellness in our adult citizen population.”

Like most undergraduate students who are naturally interested in science, Robbins thought she would go into the medical field. But after shadowing a dentist for a summer, she realized that the medical field was not for her. But shortly after that, her grandmother’s hearing began to decline.

“She visited an audiologist, who changed her world,” said Robbins, a graduate student from Bossier City in Tech’s Doctor of Audiology program. “It was unbelievable to me how just a few simple changes drastically improved her quality of life. After seeing the difference it made for my grandmother, I knew I wanted to be part of making a difference in others’ lives through improving their hearing.

“What’s great about the Louisiana Tech Audiology program is that we are exposed to clinical training in a variety of professional settings,” she said. “By the time we graduate, we can quickly acclimate to any type of clinical setting. But that’s only one facet to the scope of our career; what I have really enjoyed is the advocacy that our SAA chapter is involved in.”

In April the Academy went to Baton Rouge to perform hearing screenings for state representatives and senators.

“It was really interesting to interact with the people who help mold our scope of practice.” Robbins said. “I think advocacy will play an integral part in my professional future.”

The event at the Arbor & Terrace is sponsored through Tech’s School of Communication Doctoral program in Audiology.