The Louisiana Tech Department of History’s Black History Month commemoration speaker event will feature Cultural Heritage Tourism Entrepreneur Joseph Dunn, who will give a presentation titled “The Faces of Slavery: Tourism beyond the Myths of the American South on a Louisiana Creole Plantation,” at 6:30 pm. Monday, Feb. 17, in University Hall Auditorium. 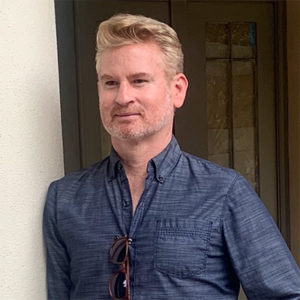 The event is free and open to the public.

A deep understanding of Louisiana’s distinct languages, cultures, and history has allowed Dunn to work at the highest levels of the state’s tourism and cultural industries for more than 20 years.

In 2014, after three years as Executive Director of the Council for the Development of French in Louisiana (CODOFIL), he began work as an independent tourism and cultural entrepreneur. His primary role is to oversee the public relations and marketing efforts at Laura Plantation, among other projects.

Dunn is an outspoken advocate for the development of professional and economic opportunities for French and Creole-speaking Louisianans.

“Mr. Dunn’s work at Laura Plantation highlights the lived experiences of enslaved Africans and Afro-Creole people,” Associate Professor of History and History Department Coordinator Dr. V. Elaine Thompson said. “Laura Plantation was the first plantation to redirect their historical focus, but many plantations have followed suit. His efforts, and the work of other public historians like him, now present a more nuanced and holistic portrayal of life on Louisiana’s plantations, highlighting the experiences of people of color in building American society and commerce.”

Black History Month has been recognized as a national commemorative celebration since 1976. Tech’s Department of History, part of the School of History and Social Sciences, recognizes and celebrates people of African-American and Afro-Creole descent every year with a Speakers Series.