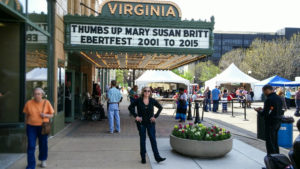 When you serve as the associate director of Roger Ebert’s Film Festival (Ebertfest), you learn a thing or two about films. Mary Susan Britt was the glue that held Ebertfest together for 14 years before she moved to Louisiana and took on the role of Executive Director of Development for Louisiana Tech’s College of Business.

Though she says it’s impossible to pick only five, below is her list of Top 5 movies and her reasons why. Would Roger Ebert have given two thumbs up to these choices?

And, because, there’s no way she could only pick five, here are a few extras on Britt’s list: