Top 5 – Moments in the Southland Conference 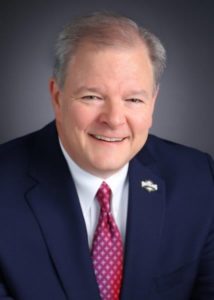 Tom Burnett, ’88-Journalism, is in his 18th year as Commissioner of the Southland Conference (SLC). He was sports editor of The Tech Talk in 1988, was a student assistant in sports information under Sports Information Director and Louisiana Sports Hall of Famer Keith Prince, and has been a part of the 10-member NCAA Basketball Selection Committee for the past three years. He and his wife Tracy are the parents of a son, Cole, and a daughter, Jesse, both students at the University of Oklahoma. Tech is proud of this one.

“The early 1970s Tech national championship football teams and the Mike Green-led Bulldog basketball teams were before my time, but here are a few of my favorite SLC-era moments while I was on campus as a regular student and later as a sports information assistant in the athletic department,” Burnett said. “I was sports editor of The Tech Talk when the University announced its departure from the Southland Conference, and I was proud of my story that headlined the summer edition of the newspaper. Coincidentally, I became the Southland Conference commissioner in late 2002. You just never know.”