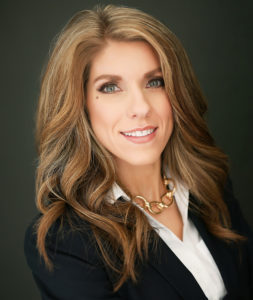 Johnson was inducted on base Dec. 10 and will serve for two years.

The goal of the Honorary Commander Program is to build and maintain a strong and lasting bond between BAFB and surrounding communities, and to expose community leaders to the mission of the 2n Bomb Wing and the crucial role of today’s military.

The Honorary Commanders Program serves as an opportunity to educate key community leaders about the innovative missions of BAFB, foster a supportive relationship with the community, increase military involvement in civic endeavors and organizations, and demonstrate connections the community and the base share.

“BAFB has been one of Tech’s strongest and most loyal partners since the establishment of Tech Barksdale in the 1960s,” Johnson said. “Serving as an Honorary Commander will be an opportunity to enhance the University’s connection to base operations and to discover new avenues for the University to meet the needs of Barksdale personnel and their dependents. I am honored and excited to have been selected to fill this role and look forward to all the experiences it will bring.”

Tech’s relationship with BAFB is a long and strong one. Programs at Tech Barksdale, founded more than 50 years ago, are designed to help maximize credits military students might have gotten elsewhere; today, many classes are online.

Once approved and inducted, honorees like Johnson are paired with a BAFB commander. The military commanders immerse their honorary commanders in the unit’s mission, structure, and programs, and invite them to take part in quarterly activities and other events on base, which allows the honorary commander to observe their duties and the mission.

Honorary commanders are encouraged to invite their Barksdale counterparts to similar functions within their organizations to learn about their professions.