Over the past year, COVID-19 has impacted individuals’ lives in many ways.

From sick family members to job losses and stay-at-home orders, no one could have predicted that the past year would look the way it did. However, during this pandemic so many have come together to combat it. Corporations, governments, and communities around the world are doing their part to stop the spread.

MECO, a Louisiana-based company, is a world leader in the design and manufacture of water purification technologies used in critical industries around the world.

During the pandemic, MECO water systems have become even more critical to the supply chain of the biopharmaceutical industry that is working tirelessly in the fight against COVID-19. MECO is working with all current vaccine manufacturers to supply the equipment used to create high-purity water and steam needed to create such life-saving treatments.

MECO’s success and impact are a direct result of the quality engineers that work for them and the training and education that prepared them for their careers. Louisiana Tech University is one of the universities that many MECO engineers graduated from.

Leading the charge for MECO in the battle against COVID-19 is the Vice President of Engineering and Louisiana Tech graduate Kim Klein. 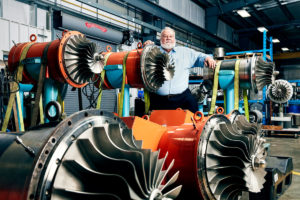 Klein graduated from Louisiana Tech with his bachelor’s degree in Mechanical Engineering in 1978, before completing his master’s degree in the same field. He joined the MECO team in 1985 and has held a variety of engineering and manufacturing positions.

From a 100,000-sq-ft. manufacturing facility in Mandeville, Louisiana, Klein oversees all aspects of engineering, project management and service for thousands of plants throughout the world, including service centers in Europe and the Far East.

Over the years he has held countless seminars, written papers and developed a few patents along the way. MECO has been instrumental in supporting the U.S. Army and Navy with water purification needs dating back to WWII. Klein has overseen the production of hundreds of machines used in land-based and shipboard operations, including those meeting classified nuclear submarine requirements. He has adapted his skills and those of others in the firm to help MECO become the world’s leader in the production of highly purified water for the pharmaceutical and biotechnology industries. In addition to a vast array of life-saving drugs, Klein’s machines are used by every manufacturer of COVID-19 vaccines today.

George Gsell, MECO’s president, fondly reflects on a challenging project that he and Klein worked on together back in 1991. MECO had landed a project with Abu Dhabi National Oil Company, which needed a multimillion-dollar desalination plant constructed in an expedited amount of time — a feat and timeline that had never been achieved before.

“Klein was a younger engineer at the time, but the leader of a multidisciplinary team tasked with getting the plant designed and built,” Gsell said. “Taking command of the project from the firm’s manufacturing base in Louisiana while traveling back and forth to Abu Dhabi, Klein marshalled the resources at his disposal and saw to it that the project was a success. By any measure Klein was then one of the most accomplished desalination engineers in the game, having previously completed projects throughout the Caribbean, Middle East, Asia, and North and South America.”

There are many stories like these about Klein and his accomplishments. Perhaps the most compelling are by those he has mentored throughout his career.

When speaking of Klein’s mentorship, Jade Shepard, a Louisiana Tech graduate and manufacturing engineer for MECO, said, “He is extremely knowledgeable. Every single day I learn something new from him. I couldn’t ask for a better mentor.” 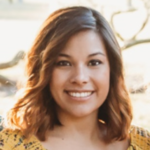 Jade Shepard graduated from Tech in 2013 with a degree in Industrial Engineering. Shepard has worked for MECO for seven years and is the first female manufacturing engineer in her department. Prior to her current role at MECO, which is a one-woman department, she started her career working for Georgia-Pacific. Shepard credited Professor Cronk, PhD, for making a huge impact in leading her to her degree.

If there is one attribute that has gotten Klein to where he is today it is his ability to listen, learn and communicate. He is fond of saying, “You can’t learn anything while you are talking.” First impressions of the 60-year-old Klein are that he is quiet, curious and caring about his audience. He is an excellent teacher, but you will never hear him lecture.

Lauren Haislup, a Louisiana Tech graduate and MECO project manager, explained, “Mr. Klein will nudge you in the right direction but will make you think harder and help you broaden aspects of yourself to come up with the answer on your own.”

Lauren Haislup, who received two master’s degrees within three years while also working full time, is a third-generation Tech graduate. Before becoming a project manager at MECO eight years ago, Haislup was part of a team that built military ships tied to 9/11. Now she feels she is part of another global change with COVID-19 and is proud of the role MECO has taken in fighting the pandemic.

“Klein has been relentless in his quest to learn, teach and disseminate knowledge throughout his firm and industry over the past 40 years,” Gsell said.

Jeff Davis, a project engineer with a U.S. patent under his belt, graduated from Louisiana Tech in 2007 and has worked with MECO for the past seven years. He is the architect behind MECO smartANALYTICS™ and project engineer for the MECO Vapor Compression product line. 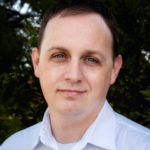 “I had the honor of working closely with Mr. Klein for many years,” Davis said. “He taught me patience and, most importantly, how to problem solve and stand behind your decisions.”

Davis also reflected on his time at Louisiana Tech, saying that the engineering curriculum set him up to be adaptable on a regular basis. The quarter system was advantageous to this since it makes for rapid changes, pushing students to focus extra hard for a short amount of time. That laid some of the groundwork for this past year, when MECO had to pivot quickly. Knowing they were helping to create life-saving drugs, equipment, and vaccines to fight COVID-19 made all the extra hours and adjustments completely worth it.

Everyone in this group of engineers noted how Tech’s engineering program and curriculum were top-notch, giving them the wide range of education that is needed in their roles at MECO.

Louisiana Tech, among others, has benefited from Klein’s success. Graduates have done well under his tutelage.

In addition to his diverse and unique experience and teaching style, Klein continues to hold his values close in every interaction he has with customers and students alike.

“My main message to those I mentor is to focus on doing a good job, treating people right, encouraging folks, being fair and giving credit,” Klein said. “When you do those things, good things happen to you.”