Top 5: Favorite things about the NBA

Note: This series started during the COVID-19 pandemic. Now, we have the chance to learn a little more about our Louisiana Tech University Family: students, staff, alumni, faculty, and friends. We’ll call it Tech Top 5. 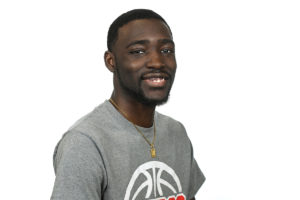 Jaylen Martin is a freshman mechanical engineering major from Winnsboro and a student manager for Louisiana Tech’s Dunkin’ Dogs who loves spending time at the Thomas Assembly Center with his teammates, who finished the season 24-8 and beat Colorado State, 76-74, in the consolation game of the NIT. Now it’s NBA Finals time, and Martin shares with us his Top 5 Favorite Things about the NBA.