Home › Alumni › Carter Carroll: Behind the camera with ‘Coach’

Carter Carroll: Behind the camera with ‘Coach’ 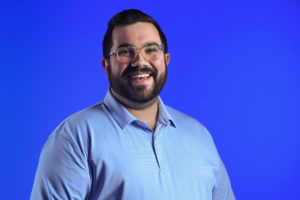 That was the beginning of Carroll’s documentary, “Coach: The Leon Barmore Story,” a piece that’s 99-percent complete but won’t be entirely finished until the film’s premiere at 7 p.m. Thursday, Oct. 21, in Howard Auditorium. Carroll has worked on the project since that July 22 interview in Thomas Assembly Center and “I haven’t stopped working on it since then,” he said, despite all his other obligations.

Several people who work with Carroll in Tech’s University Communications office have previewed the 84-minute film, offering suggestions along the way, and the team agrees that all the work and wait has been worth it.

“I think it’s incredibly important to tell the story of Louisiana Tech and its people,” Carroll said. “Doing a five-minute video on Coach Barmore wouldn’t have done him or his legacy any justice. I wouldn’t be the only one to say that Coach Barmore and the Lady Techsters helped to put women’s basketball on the map.

“I just hope what I’ve made will make the fans and alumni proud,” he said. “I hope it brings joy to people, and I also hope that maybe the younger generation of Tech students can begin to understand the dynasty and impact the Lady Techsters and Leon Barmore had on the game of women’s basketball.”

Carroll started going to Lady Techster basketball games when he came to Tech as a student, but something stronger than basketball linked him to Barmore: family.

His grandfather, Guy Carroll, was coaching and teaching at Glenview Elementary when Barmore, a Ruston native and Tech graduate, was doing his student teaching. Coach Carroll started several local physical education programs, coached high school football, was a four-sport letterman at Tech, and “died in 2003 at 89 years young,” his grandson said. “Great guy.” 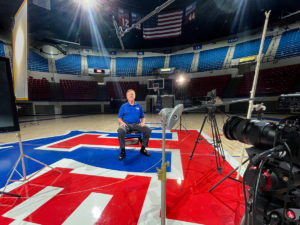 “As soon as I told Coach Barmore who I was, he immediately started asking about my family,” Carroll said. “He even told me how impactful my grandfather was when Leon was a young coach. That meant a great deal to me.”

One of the four current interviews in the documentary — “This project easily could have become a two-hours-or-more documentary if we had done many more interviews,” Carroll said — was from another Naismith Memorial Hall of Famer.

“Getting the chance to interview (LA Tech Athletics Hall of Famer and current LSU Head Coach) Kim Mukley was incredible,” Carroll said. “She welcomed us into her home and was very nice to us. Not only that, but I could tell she enjoyed the interview. It’s probably not often that she gets to reminisce and talk about Coach Barmore and the Lady Techsters for 30 minutes.”

Carroll graduated from Tech in 2018 with a degree in Computer Information Systems, started an internship for Tech Athletics two months later, and moved over to University Communications in June 2019.

Upon release, the video will be available on Louisiana Tech’s YouTube channel. The online release is planned for Oct. 23.