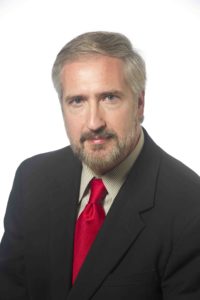 The committee selects sites where individuals and institutions have made outstanding contributions to physics and approves wording on plaques at the sites.

“As someone who has always had a deep interest in history, as well as science, this is a perfect position for me to serve APS and give back to the physics community,” Sawyer said. “I look forward to working with the committee throughout the 2022 year.”

Since its founding, the committee has named 54 historical sites around the world, including 52 historic sites throughout the United States, one of which is in Louisiana.

“The APS and the APS Historic Sites Committee share important historical landmarks of physics while promoting new physics research and building networks of physicists who can collaborate on new and exciting projects,” Sawyer added.

The APS is a volunteer organization that was established in 1899. The organization provides a welcoming and supportive professional home for an active, engaged, and diverse membership; advances scientific discovery and research dissemination; advocates for physics and physicists; amplifies the voice for science; shares the excitement of physics; communicates the essential role physics plays in the modern world; and promotes effective physics education for all.