Vitus Shell, Visiting Assistant Professor in the School of Design, has been named one of Louisiana Life’s Louisianians of the Year.

The honor is given to those who “stand out in their professions, give back, and represent what’s best about the Pelican State,” according to the magazine. 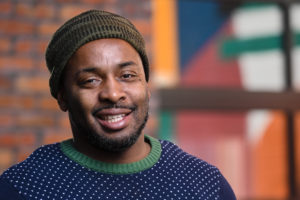 “Vitus’s artistic vision and activism are truly inspirational,” said Karl Puljak, Director of the School of Design. “Through his paintings and his service to our region, he is a vital voice for our state and a role model for our students.”

Shell currently teaches Drawing in the School of Design.