Three ceremonies and a special induction honoring a most distinguished alumnus will complete a full day of celebration as Louisiana Tech University holds its spring commencement May 21 in the Thomas Assembly Center.

Family and friends unable to attend commencement can watch the event live on Facebook.

Here are the times and keynote speakers for each session.

During the 4 p.m. ceremony, 1982 College of Engineering and Science graduate Nick Akins, Chairman, President, and Chief Executive Officer of American Electric Power, will be inducted into the University’s Hall of Distinguished Alumni. He will receive the University’s highest honor, the Tower Medallion, awarded to those alumni who have distinguished themselves by exceptional achievement, community service and humanitarian activity.

Doug Boulware has made a difference for Tech since his undergraduate days as an offensive guard on the Bulldogs’ Southland Conference and Independence Bowl championship team in 1977. 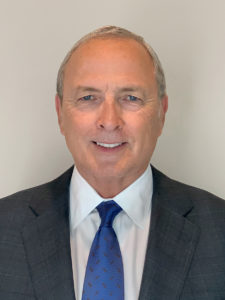 He graduated in 1980 with a bachelor’s degree in Education and returned to Louisiana Tech to earn a master’s degree in Industrial Psychology in 1993. He has used his knowledge, experience, education, and passion for the care of the elderly to become a successful managing partner of Priority Management Group located in Dallas.

Boulware has more than 30 years of experience overseeing and managing facilities in Louisiana and Texas that care for the elderly. The mission of his company is to provide the highest quality care to the more than 3,000 residents it currently services.

Boulware, the 2018 College of Education Distinguished Alumnus, and his wife Sandra have made a major investment, both to the College and to a future Athletics capital project that will pay educational dividends for decades to come.

Scott Poole is President and Chief Operating Officer for RoyOMartin Sustainable Resources LLC in Alexandria, Poole graduated from Louisiana Tech with a BS in Forestry in 1986 and soon joined the Martin Companies. He later earned his MBA from LSU in Baton Rouge. 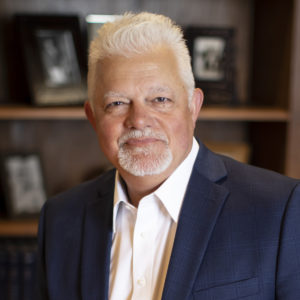 With more than 1,200 employees, the Martin Companies own or control over half a million acres of forest land within the State of Louisiana and own and operate the three largest plywood and oriented strand board manufacturing facilities in North America. Poole’s current responsibilities include the management of all timber, manufacturing, and sales operations within the organization.

Poole is married to the former Heather Spillers of Vidalia, who earned both her BA and MBA degrees from LSU and later earned her EdD in Education Leadership from Tech. She is currently Executive Vice Chancellor of Central Louisiana Technical Community College in Alexandria. The couple call Pineville home and enjoy spending time in Louisiana’s outdoors with their four children. 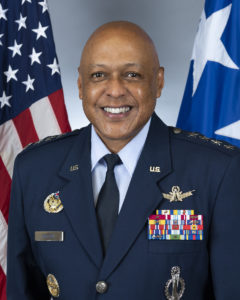 Cotton entered the Air Force through the ROTC program in 1986 after earning a bachelor’s degree in Political Science from North Carolina State. In 1991, he earned his MS in Administration from Central Michigan. He has completed more than a dozen military courses and seminars since.

Cotton has commanded at the squadron, group and wing levels, including his service as Deputy Director of the Secretary and Chief of Staff of the Air Force Executive Action Group, as Senior Military Assistant to the Under Secretary of Defense for Intelligence, Deputy Director of the National Reconnaissance Office, as well as Commander and President of Air University.

Nick Akins received his bachelor’s degree in 1982 and a master’s degree in 1986 in Electrical Engineering from Tech. Now he will receive the Tower Medallion, which recognizes those exceptional individuals who have brought honor not only to themselves but also to the University. 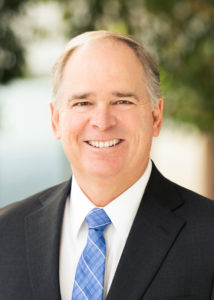 Akins will be permanently recognized in the University’s Hall of Distinguished Alumni. Tech has always recognized that the true measure of its greatness is the performance of its alumni.

In addition to his Tech degrees, Akins has earned additional training through executive management programs at LSU, the University of Idaho, and the Reactor Technology Course for Utility Executives at the Massachusetts Institute of Technology.

Akins and the AEP Foundation have long been supporters of the University. The Foundation graciously presented Tech with a check for the Integrated Engineering and Science Building long before it became a reality. The University also received a generous gift from Akins, president of the Foundation, in 2017 to support the then-new Academic Success Center, which includes Tech’s cyber training center, located in the National Cyber Research Park in Bossier City.

Under his leadership, AEP continues to invest in modernization and security of the electric grid, resource diversification, and technology and innovation to enable the transition to a clean energy future while preserving universal access to the grid. Through strategic partnerships and collaboration with customers, Akins has positioned AEP to redefine the future of energy and embrace the transformation sweeping the industry.