Home › Alumni › Mike Benjamin: ‘Endowed giving is the next step in my effort to do what was done for me’

Mike Benjamin: ‘Endowed giving is the next step in my effort to do what was done for me’

Mike Benjamin was a high school senior when a gesture from someone he didn’t even know changed the course of his life for good.

Because of that moment and what it meant, Benjamin and his family have made sure its spirit lives on and continues to change the lives of so many students.

“My Louisiana Tech Engineering degree opened countless doors for me beyond my wildest expectations,” he said, “and I want kids in the community where I grew up to have the same opportunity to discover and exercise their full potential.” 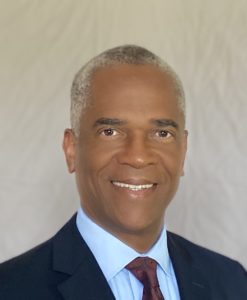 Benjamin might not have been in the position he’s in today had it not been for that visitor to his high school who turned an otherwise normal day into anything but.

In fall 1978 at Peabody High in Alexandria, Benjamin was sitting in pre-calculus class when several students — he was one of them— were asked to report to the office of the principal, who’d hand-picked the group to attend a special presentation.

In the meeting room, Corles Giles, an engineer from Mobil Oil Company, introduced himself. Giles was a former Peabody student and a Petroleum Engineering graduate from Tech.

“He was working for Mobil and took the initiative to return to Peabody and share his career story with us,” Benjamin said. “I was fascinated by his description of the challenges and importance of engineering in the world. That very day, Corles inspired me to become an engineer.”

Benjamin spent 26 years in a variety of roles with Schlumberger, a technology company focusing on industry-changing technologies that unlock cleaner, safer access to energy, and six more years as a Senior Vice President of Marketing and Technology with T.D. Williamson, a company that partners in the oil and gas industry.

“I guess from an early age I was naturally inclined to enter the field, but I had no idea what engineering meant,” he said. “After Corles’ visit, I spent many hours poring over our home encyclopedias and at the Rapides Parish Library, learning everything I could about engineering.”

Because of that visit from a Tech-educated engineer, Benjamin and his siblings established a scholarship for Peabody High graduates in their family name.

“Part of the stated mission of the University is to create a diverse community of learners,” Benjamin said. “Corles Giles was the second African-American petroleum engineering graduate from Tech; I think I was the sixth. I hope my support of the Tech Foundation contributes to a more diverse engineering student population.

“Endowed giving is the next step in my effort to do what Corles did for me. He created a legacy because he made sacrifices to help others like me.”